The NCAA needs ‘to do better’ for female athletes 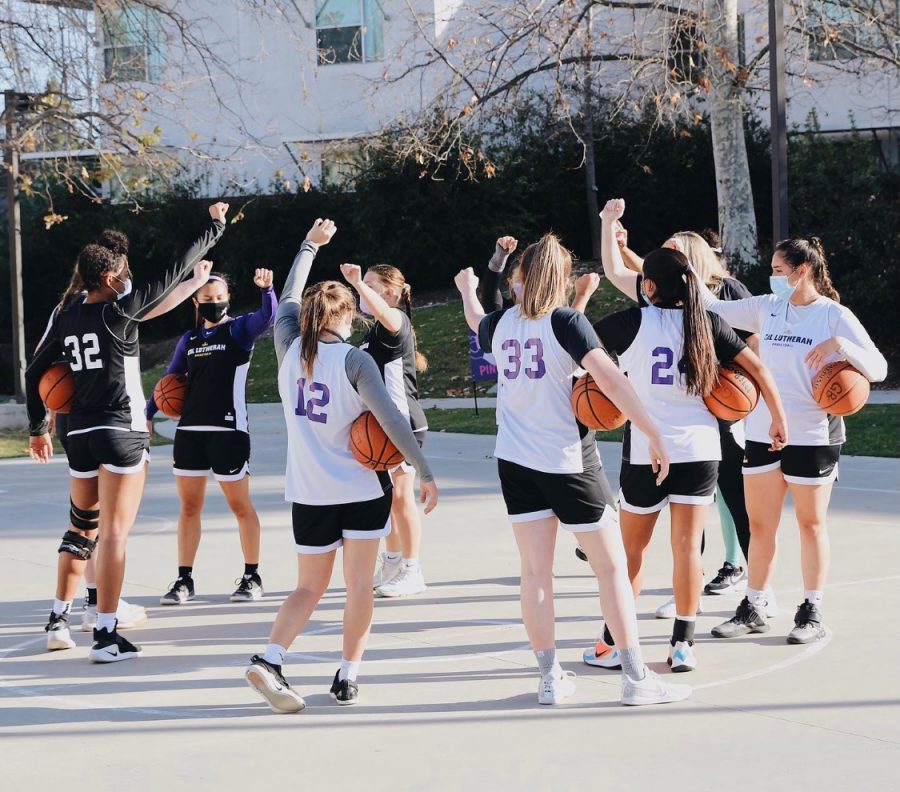 The Regals Basketball team coming together after practice to do their team cheer.

The NCAA hosted the annual Men’s and Women’s Basketball March Madness tournaments March 18 for men and March 21 for women. During the tournaments, Sedona Prince, a player on the University of Oregon women’s basketball team, posted a TikTok displaying the differences between the women’s and men’s weight training rooms.

The video showed the men’s room having many different types of weight training equipment, while the women’s teams were left with a single rack of free weights. After the TikTok got popular, many other differences during March Madness were brought to light.

An article in USA Today stated, “the NCAA has treated the women’s tournament as an afterthought.”

This is not the first time information has surfaced about sexism and inequality in the NCAA, and cases of discrimination are on the rise. Since the NCAA is a nonprofit and they don’t get federal funding, they don’t have to follow Title IX policies. This is what allows circumstances like what was shown in Prince’s TikTok to happen.

In a phone interview, senior Jade Jordan on California Lutheran University’s Regals basketball team said she was glad that Prince made the information public by posting about it on social media.

“It’s hard to see that the effort isn’t being put forth to better women’s sports situations,” Jordan said. “This puts out the message that women’s sports are lesser than men’s sports.”

Jordan noticed that right after the video was made, the women’s teams had a new weight room filled with equipment. She said this shows that the NCAA obviously has the resources and money, they just aren’t distributing them fairly.

“I feel that they have the supplies to make it happen, the change was literally a 24-hour turnaround,” Jordan said. “If no one were to complain about that stuff, I don’t think a change would have been made.”

Jordan said she feels that Cal Lutheran does a pretty good job at distributing resources equally between the men’s and women’s teams. From splitting gym time to time with trainers and weight room access, Jordan said it’s nice to see things split equally.

Student-athletes at Cal Lutheran are lucky to receive equal treatment, as this is obviously not the case for many other schools. As a student-athlete and woman, it would be nice to see other institutions giving their athletes the same opportunities.

Jozie Tangeman, a senior on Cal Lutheran’s Regals basketball team, said in a phone interview that when she first saw the video and photos, she was angry but not surprised to hear about this inequality.

“I wasn’t surprised just because stuff like that happens all the time with female athletes,” Tangeman said. “They are underappreciated.”

Tangeman said the NCAA isn’t giving every athlete equal opportunities or giving them what they deserve.

“I just think they [the NCAA] need to do better,” Jordan said.

It is important for people to see and understand what is happening with the NCAA and with women’s sports at any level because it can help make the changes we want to see. Although this isn’t the first time we have seen inequality with women in sports, it is critical to speak out and start the conversation in order for us to see a shift in the future.