Regals Water Polo ranked No. 1: ‘drives us to train hard every single day’ 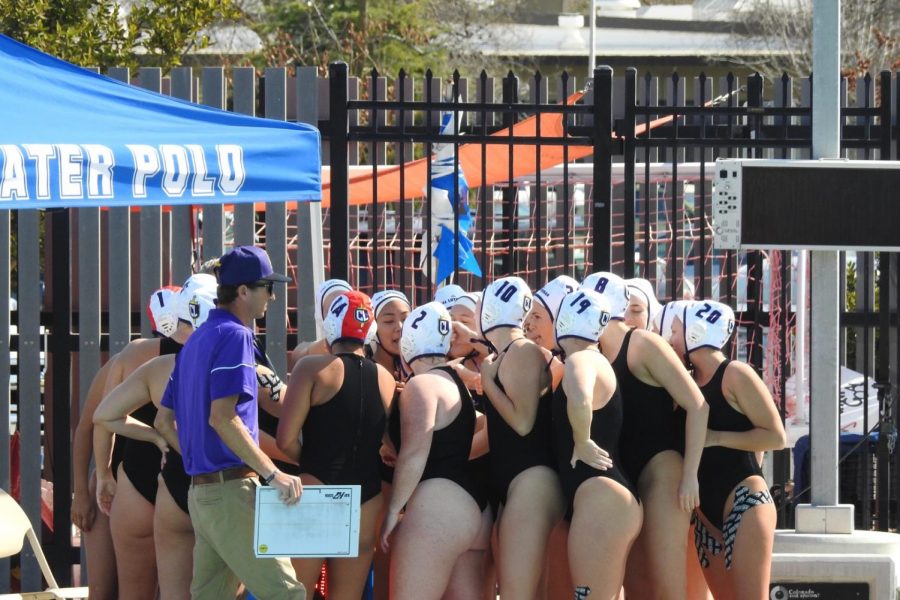 Regals Water Polo ranked No. 1 in the nation by the Collegiate Water Polo Association (CWPA)

The California Lutheran University Regals Water Polo team was ranked No. 1 in the nation by the Collegiate Water Polo Association (CWPA).

Cal Lutheran was competing against University of Redlands, Austin College, Chapman University and Wittenberg University for the number one NCAA Division III spot. The ranking was voted on by a panel of coaches from different associations and conferences and released on April 7.

Cody Pletcher, assistant coach to the Regals Water Polo team, said in a phone interview that there are three main factors that contributed to their success: the athletes’ strength, their knowledge of the sport and the team’s defense.

“I think the mindset of all of our girls is that they want to win,” Pletcher said.

Pletcher and Craig Rond, head coach of the Kingsmen and Regals Water Polo teams, both said the #1 ranking is not something they try to think about too much; they just try to be as successful as possible.

“If we’re doing well, the record’s going to show it,” Pletcher said.

Rond said in an email interview that he has seen great leadership and hard work among the women’s team, which is what he believes contributed to their success.

Rond said the team atmosphere is excellent and that “the girls not only respect each other, but they actually like each other a great deal.”

Senior player Elyse Koe said in a Zoom interview that she loves the team and family aspect of being on the water polo team.

Although they are ranked #1, Koe said that they don’t want to become complacent.

“We know that we have a target on our back, and it definitely drives us to train hard every single day,” Koe said. “It’s really cool that it’s paid off and we all get to see that success.”

Koe said the title is keeping them competitive at practice and among each other. She said their success is driven by how well all the girls get along and the mutual respect they have for each other.

Since they have been back, Koe said things have been put into perspective and really made them appreciate what they have. She said she didn’t realize what she had until it was taken away due to COVID-19 health and safety guidelines.

“After taking that break, every day coming back is such a blessing,” Koe said. “Every day I want to be there.”