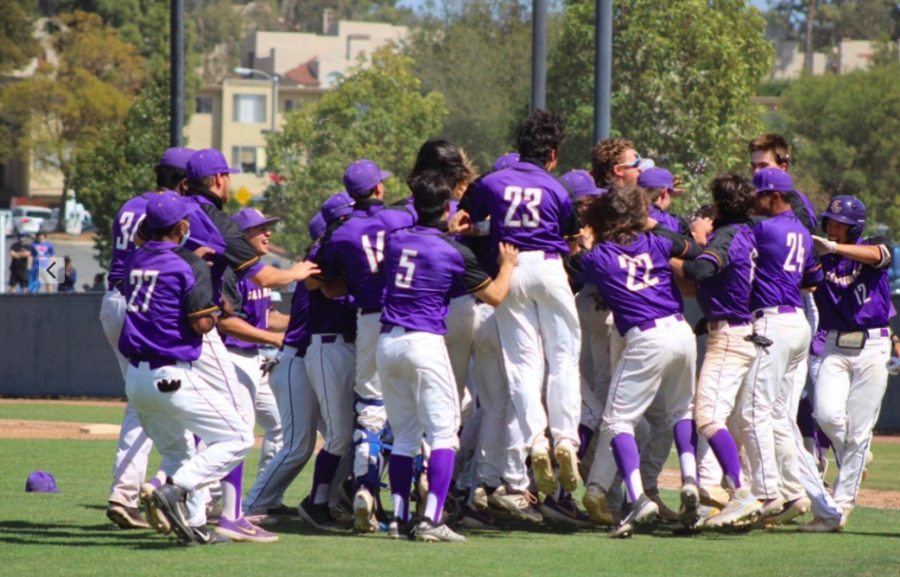 The No. 7 ranked California Lutheran University Kingsmen Baseball team had their first series win this weekend in their spring season opener against the University of Redlands Bulldogs.

They bested the Bulldogs 6-4 Friday afternoon in an away competition and brought home the win on Saturday morning in extra innings 3-2 in Ullman Stadium. The Bulldogs creeped by with a 6-5 win Saturday afternoon, but the Kingsmen still came out on top in the series.

Senior pitcher Mason Snodgrass faced a total of 27 batters and only allowed two hits during his time on the mound.

“It felt great today. All my stuff was working. Getting quick outs. It’s a pitcher’s dream,” Snodgrass said.

Snodgrass said he attributes a lot of their success this weekend to the pitching lineups.

Nick Fusari, a sophomore on the Kingsmen Baseball team, had the walk-off hit for their 3-2 win Saturday morning.

“It was exciting. It lasted for a little while because then we wanted to move on to game two,” Fusari said.

Fusari said their fight and energy amongst the bench and the field are two of the things that got them the series win.

Fusari tallied a total of five hits on Saturday and had three RBIs.

The Bulldogs got a few quick runs in the beginning of the second game on Saturday, but that didn’t stop the Kinsgmen. They rallied in the seventh inning, scoring three runs that only put them down by one going into the eighth and ninth innings. That was the last of the scoring on this Saturday afternoon, as the game ended in a 5-6 loss for the Kingsmen.

Snodgrass said it was a lot of fun to be back out on the field and that they played their hearts out, which is what got them the series win.

Fusari said they have a very talented team and he is looking forward to the rest of the spring season.

“We have a lot of guys that want to win and I think that showed. We’re looking forward to getting better as a team for sure [and] progressing over time,” Fusari said. “I always love going through the spring season and figuring out our team identity and I think that’s going to be really fun.”

On April 23, the Kingsmen will travel to Chapman University to kick off another three-game series.