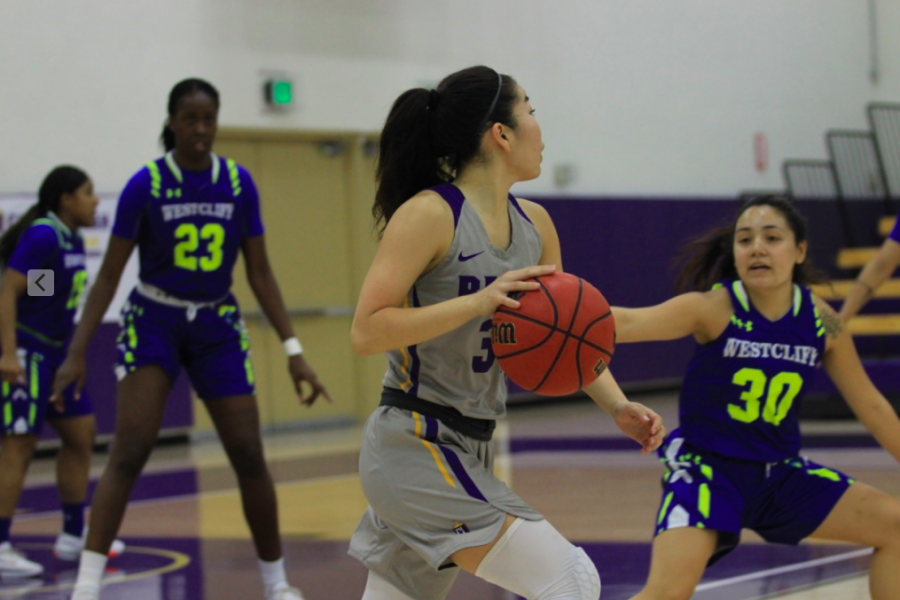 Junior Regals basketball point guard, MacKenzy Iwahashi will be stepping into a leadership on the team going into her senior year.

MacKenzy Iwahashi, a junior on the Regals basketball team, said she loves playing basketball for California Lutheran University and chose the school for its sense of community.

“I think when I visited the campus, that’s when I actually fell in love with it. I really liked the nature and how it felt very family-oriented,” Iwahashi said in a Zoom interview.

Iwahashi said she especially loves when fans come to talk to her after games and is sad that hasn’t been able to happen since COVID-19. Iwahashi said she is very grateful that they get to have a season unlike most other Southern California Intercollegiate Athletic Conference (SCIAC) schools, but there are still things she misses.

Senior teammate Taylor Oshiro said Iwahashi is always making jokes on and off the courts and is a great teammate and friend.

Jade Jordan, a senior and teammate of Iwahashi, also said Iwahashi has great energy on and off the court.

“She’s energetic, always positive, she’s very encouraging and she always picks up the slack,” Jordan said in a phone interview.

Both Oshiro and Jordan said Iwahashi is already a great leader on the court and going into her senior year she is going to continue that role. Jordan said one of Iwahashi’s strong suits is her ability to communicate effectively without coming off as bossy.

Oshiro says Iwahashi is reliable, from making big plays on the court to being the first one to give you a high five.

Iwahshi has received scholar-athlete honors for her three years at Cal Lutheran as well as being a Dean’s List student.

Iwahashi said one thing she has missed the most since COVID-19 is her ability to be on campus.

Jordan and Iwahashi played against each other in their high school league but have been teammates for the last three years. Jordan said Iwahashi is the type of person you definitely want in your life and she’s enjoyed becoming friends after being opponents in high school.

“It’s cool to know she’s gone from just being my teammate to be a really good friend of mine. I know that I can rely on her,” Jordan said.

Iwahashi said she has enjoyed her time on the team, especially with their current coach, Kelli DiMuro, who was also Iwahashi’s high school coach.

Iwahashi said her freshman year was tough because there were 22 girls on the roster compared to the 13 they have now. She said she feels like the team is very connected and overall happy.

Iwahashi said a lot of this is because their coach, DiMuro, knows how to be a friend to the girls but is also serious during game time, to which the players have responded well.

Jordan and Oshiro, both seniors for the Regals basketball team, said they’ve enjoyed their three years being teammates with Iwahashi and that she will take over the leadership role going into her senior year.