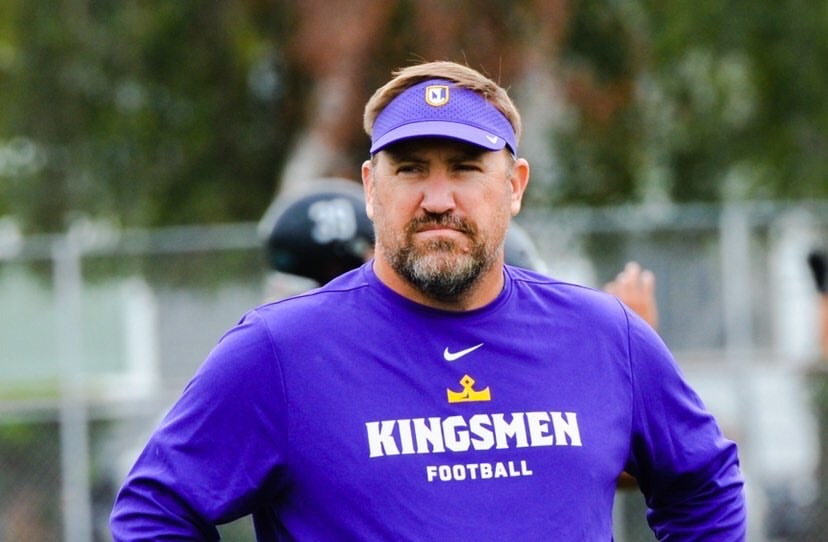 Kingsmen Football Head Coach, Ben McEnroe has come up on his last season of coaching at California Lutheran University and looks to coach youth football in Texas.

“I’ve been seeking the will of God through the past couple of years especially and have felt a strong leading towards working with high school and middle school-aged football players again,” McEnroe said in an email interview. “It will also afford me an opportunity to coach my son and to really involve my family in a lot of levels of building an up-and-coming football program, which is a real blessing.”

McEnroe said he is looking forward to coaching in Texas. He has family members who currently live there and he said high school football is similar to coaching college football during the season.

McEnroe said this opportunity will allow him to embrace and spend more time with his family. He also said Texas is a great place to continue his newfound hobby of bass fishing with some of the best bass fishing spots in the world.

“If anyone from our CLU Family is ever in East Texas and wants to go bass fishing or eat BBQ, look me up,” McEnroe said.

He said the pride and spirit has been missing at Cal Lutheran this year and he hopes fans can get to the games and bring energy back in the upcoming season. When he came here in 2007, he said all he wanted was to make the players, alumni and community proud of Kingsmen Football again–and they did just that.

“It’s time to give someone else a shot at leading it and putting their own signature on it, but I will be supporting them all the way and cheering this team on… I am proud of our work and know that we left Kingsmen Football better than it was when we arrived 14 years ago,” McEnroe said.

His coaching style was largely influenced by his upbringing. McEnroe said he was blessed to be surrounded by an amazing father, grandfather, father-in-law and strong coaches as a player and younger coach. He said as a coach, he’s passed down wisdom to the kids he’s coached that stemmed from his foundation of family support and faith.

“I just gave my best for the young people and coaches in our program, for the CLU family, and I treated people the way I would want to be treated,” McEnroe said. “I’m honest and direct, so maybe people didn’t always like what I said, but it came from the heart.”

McEnroe said he will especially miss Assistant Coach Anthony Lugo. He said missing the people from Cal Lutheran will be the hardest part of leaving.

“CLU has always been about the people, about the relationships, and about working together to support each other in a strong community for a common cause. That common cause was serving each other the best we could,” McEnroe said.

McEnroe extends thanks to his wife Kami, his two daughters Kassidy and Kylie, and his son Cory for their love and support. He said a coach’s life can be demanding, hard at times, and is a job you will never be fully prepared for, but he is appreciative for his family’s support. Cal Lutheran will always be a big part of their story.

McEnroe said, “THANK YOU to my friends, to the student-athletes past and present, and to the entire CLU family for being there for me and my family and for loving me through this decision and over the years. BEAT REDLANDS!”