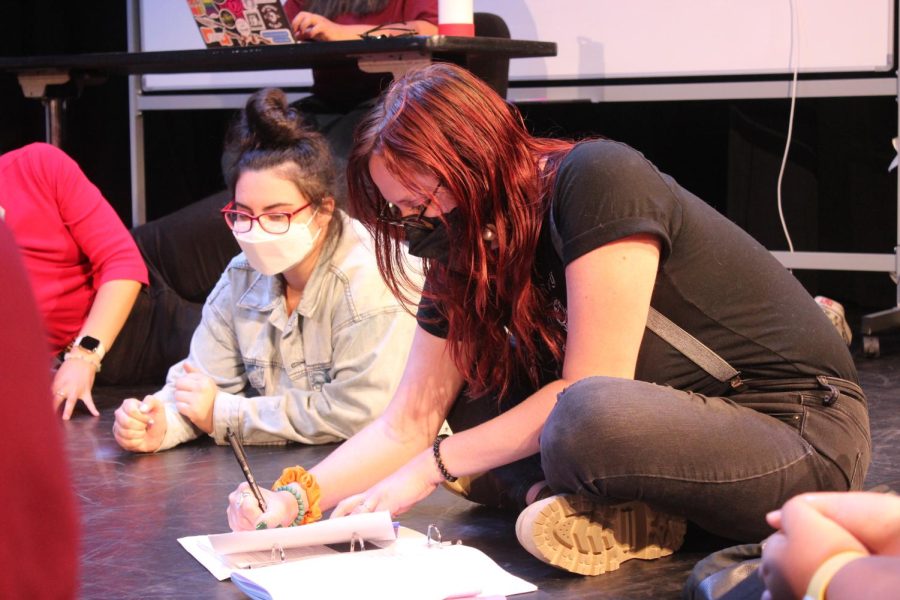 California Lutheran Univeristy’s Theatre Department is tackling a nation-wide issue within the performing arts community: sexual assault and the abuse of power.

This semester, the department will be performing “John Proctor Is The Villain,” which tells the story of a high school class grappling with inappropriate power dynamics and sexual assault. “The Crucible” is the next play the characters are preparing to read, which shows an abuse of power one man had over his love affair with a young girl during the Salem witch trials.

A story of this depth is jarring, especially with the current campus climate surrounding Title IX . This show is a seemingly controversial choice, but the theatre department is handling it as carefully as possible.

Cal Lutheran’s theatre department has always been known for speaking out about hard-hitting issues; the most well-known being the production of ‘columbinus’ in 2016.  The production, which discussed gun violence in America, was initially canceled due to the Borderline shooting that occurred the night before opening. The show ultimately had two performances and received national recognition and a place in the Region VIII Kennedy Center American College Theatre Festival.

Those who auditioned for “John Proctor Is The Villain” did not have access to a script unless they were cast in a role. Those that were asked to accept a role had a weekend to read through a provided script to determine their comfort with the content of the show.

“I felt it was good. I like that it was written by a woman. I like that a majority of the cast of the leads of the show are female characters. It’s a very realistic setting… It shows that the reality is that bad people do bad things, especially when given a position of power,” said Clayton Currie, a senior who plays student Lee Turner.

Weckstein said she recognizes that inter-generational divides can have an impact on the teacher-student dynamic across all disciplines, especially with the demand for rapid change in classrooms and student workshops. Her true passion is working with college students who handle sensitive material on stage.

“There was some uncomfort with the topics, but I think it is a justified uncomfort, and they are topics you should be uncomfortable with, but also should have conversations about,” Currie said.

Arndt was especially influenced by the growing popularity of the “Chicago Theatre Standards’,” a compact used in the theatre community to ensure equity and safety amongst cast and crew. During the interview, Arndt explained that he took on an intimacy director alongside him because he felt that she held more tools and language to offer than he did, as well as a better process to execute it.

As a former theatre student, hearing about the healthy and open conversations with an intimacy director made me wish that I could have had that option. Oftentimes, an actor’s comfort is sacrificed in the name of art, but recent conversations about the repercussions of such actions have led to a shift that values an actors mental well-being over the sake of a show.

“John Proctor is the Villain” had been suggested to Arndt almost a year ago when looking at shows that could be done in-person or via Zoom. Arndt has always been a supporter of theatre that is real and can heal. This show, with its honest and thoughtful script, was exactly Arndt’s style.

It’s important to perform a show that can start a conversation and ignite change.

When November 11th, opening night for “John Proctor Is The Villain”, rolls around I will be in the front row of this production. I will have a box of tissues, and I will be a bundle of mixed emotions. However, I will be one of the many survivors this show is meant to honor, not harm. I hope that this brings context to those who haven’t had enough information to understand the show and why it is so important to perform.