Fall intramural sports back in action 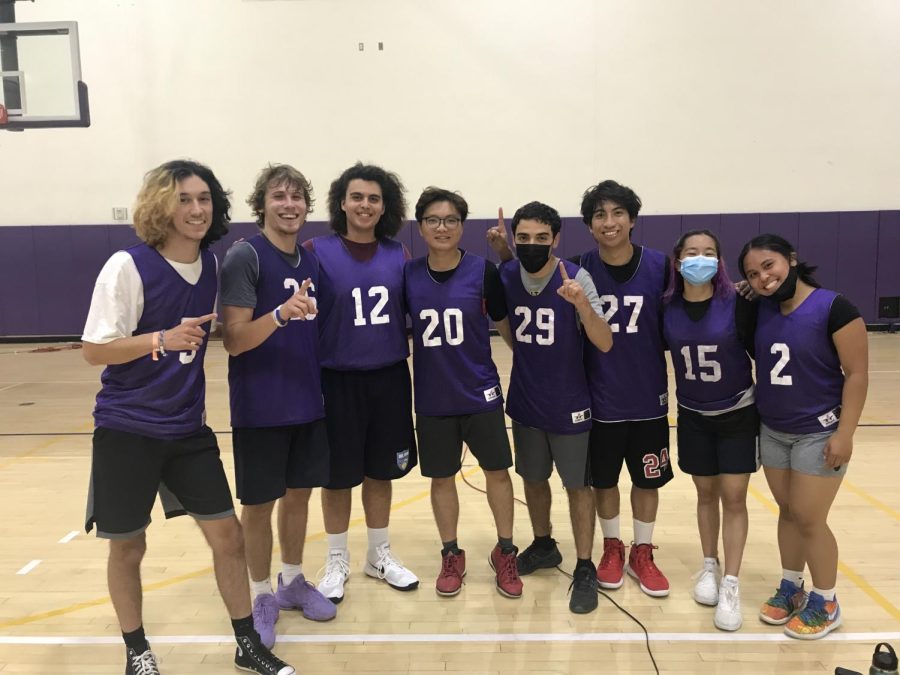 Cal Lutheran intramural basketball team, 'The Benchwarmers,' show some team spirit for their second game of the season.

After a year-long break due to COVID-19, California Lutheran University launched the return of fall intramural sports that include soccer and basketball held in the Soiland Recreation Center.

Soccer intramural teams go head-to-head every Wednesday from 7 p.m. to 11p.m. Basketball takes place at the same time on Thursdays.

Intramurals provide an opportunity for people to continue their passion in a relaxed environment.

First-year intramural soccer player Ali Gregory said the extracurricular, “gives kids a way who don’t want to be a fully committed student-athlete to still get out and play their sport for fun.”

Donovan Stoehr, a first-year student involved in both soccer and basketball intramural teams said it’s all about having fun and having a good time with your friends.

“It’s different from playing with coaches than playing intramurals with your friends. It creates this calming factor,” Stoehr said.

For many, the incentive around playing intramurals is about community building and making new friendships, Stoehr said.

“You can meet new people and it’s just something other to do other than having to stress about school and get homework done,” Stoehr said.

Anthony Napoli, a referee for both intramural sports and an intramural basketball player said many favor the coed intramurals with having competition from both ends.

“I like the coed aspect because everyone gets involved so it’s a sense of community,” Napoli said.

Ali Gregory said she too likes to see the inclusion and how the fall intramurals are organized fairly.

“I think it’s good they have it setup where they have to have two girls on at a time to make sure it’s even,” Ali Gregory said.

This year the motivation and competition has ramped up amongst the teams, said senior Napoli.

“It’s more competitive because all the seniors have been playing since we have been freshman,” Napoli said.

Austin Gregory, an intramural sports intern who specifically oversees basketball and acts as a player on a soccer intramural team said there are specific rules to manage competition levels amongst teams.

“We keep the competitive balance with not allowing student athletes of that sport to play on the intramural team,” Austin Gregory said.

He also said that this year’s turnout was good with a total of 11 teams involved in basketball and seven in soccer.

“We usually shoot for 20 teams among both teams, so we are not facing the same teams every week,” Austin Gregory said.

Every team has their own mentality and goals for this fall season.

“We trying to take number one baby,” Napoli said.

With fall intramurals heating up in activity, the signups for intramural flag football are ongoing until Nov. 13.