Pearson Library gets a makeover and goes digital 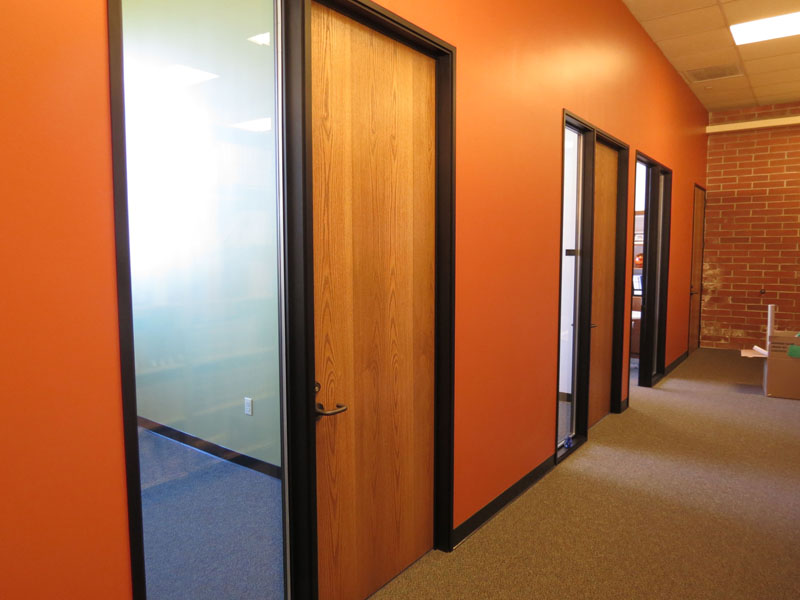 While students and faculty were away, periodical archives were removed and the old writing center was converted to three new offices and a conference room in the northeast corner of the library.

Because Pearson Library was built prior to the Americans with Disabilities Act, the ramp from the G2 parking lot next to Samuelson Chapel was too steep and was lowered, said Julius Bianchi, associate provost of library services and head of the project.

California Building Code has ramp incline regulations and requires the lower end of every curb ramp to have a detectable warning surface or lip allowing those with visual impairments to detect the ramp and walkway.

“The project made a new ramp and flattened the slope of the existing sidewalk,” said Bianchi.

Inside the library, offices were built for staff members who had been working in cramped conditions. Another conference room for student-use was built, equipped with a computer monitor unit.

“Sometimes, especially during finals, the rooms get nabbed up real quickly, so it’s nice that they have another room,” said junior Jonathon Christopher.

To make room for the construction, archived periodicals were removed from the library physically, but are still available digitally. This is an expansion of the new database program implemented last year. Students can access the library’s archives online using a keyword search.

Lala Badal, assistant director of the library, said it is important to convert the physical resources to digital copies.

“It is to be in sync with time, with students, with technology. We have a space issue,” said Badal. “The student body is growing, the university is growing and the space is the same. To be able to use the utmost of what we have, we decided to go for the print collection.”

Christopher, who used to work at the library, has some concerns about the online archives.

“Personally, I prefer physical books. I have had issues with their digital books in the past,” said Christopher. “Their archives aren’t as complete as they would lead you to believe, but if they’re fully expanding it so you can download to your e-reader, that’d be awesome.”

The library also has plans in the works and is awaiting approval to renovate the library and forum lobby with seating and computers that will be available after-hours.

“We have the funds. We are just waiting for the official approval to start working,” said Badal.

This new configuration plan is in response to a growing student body, lack of library space and a demand for extended library hours beyond finals season.

Senior Jane Galluzzi feels that the library is still not open late enough.

“They turn off the lights and they just kick you out,” said Galluzzi. “There are a lot of libraries at other schools where they’re open 24 hours. I can’t study at home. I have roommates. I live in a house so I don’t have all the resources there.”

While the lobby renovations are still in the planning stages, faculty members have moved into their new offices and the fourth conference room is now open for reservation at the circulation desk.

For more information about the library and the renovations, contact the circulation desk at (805) 493-3937, or Lala Badal at [email protected]