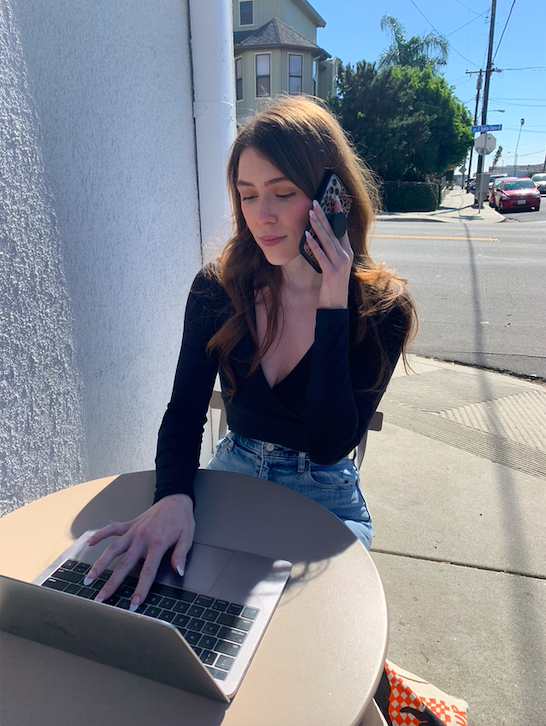 California Lutheran University alumna Kaeleah Isaac has already begun a successful career in public relations since graduating in December 2020. Isaac, a former public relations and advertising major, acquired an internship at a boutique PR firm called Hiltzik Strategies in the summer of 2020 and was later promoted to junior associate. Now, she is a full time associate on the company’s entertainment and media team.

“We handle anything from individual clients to media executives to production companies,” Isaac said in a Zoom interview. “Kind of anything that falls under the definition of media and entertainment.”

Founded in 2008 by Matthew Hiltzik, Hiltzik Strategies ranked 23 on ‘Observer’s 2018 PR Power List’. According to Observer, Hiltzik Strategies has become so popular among celebrities because of its confidentiality and expertise in finances and legal communication.

Before graduating, Isaac struggled to find her passion and changed her major four times before settling on PR. She said that being a first-generation college student made it difficult to understand the hidden job market and what communication companies were looking for.

“​​I am a first-generation college student. So, with that came the challenges of promoting, pitching myself, and making connections throughout college to put me where I am today,” Isaac said. “Growing up in a family where my elders didn’t have the opportunity to go to college really encouraged me to push myself and open myself up to new opportunities.”

Cal Lutheran junior Aimee Barrera has been a good friend of Isaac’s since high school. They both majored in education for a short time before Isaac decided she wanted to study something that would give her a clearer path out of college. Barrera who is now a public relations and advertising major was inspired by Isaac’s switch to communication which would allow her to be able to join the workforce immediately after graduating.

“I really considered what she was saying about not wanting to go back to school to get her teaching credentials,” Barrera said. “I really like whatever advice she gives me, she’s such a good friend.”

Kaeleah is grateful for Cal Lutheran for helping her figure out what direction she wanted to take. She credits The Echo for helping her learn about non-bias reporting and its relationship to public relations and crisis management. She also mentioned professors like Jean Sandlin and former adjunct professor Angela Fentiman for being knowledgeable resources that she could turn to for advice about starting her career.

“She had that outside knowledge about what it was like working in the PR force,” Isaac said, referring to Fentiman.

Fentiman was very excited for Kaeleah when she heard about her getting hired at Hiltzik Strategies. She said that one of her favorite parts of working at Cal Lutheran was getting to watch her students grow and start amazing careers.

“I am so proud of everything that Kaeleah has accomplished and I’m so glad that I got to know her,” Fentiman said.

When asked about advice for future graduates, Isaac and Fentiman both had similar views on what it takes to be successful out of college.

“Whatever you think you’re good at, stick to that and promote that,” Isaac said. “You have to make something yours and really believe in yourself.”

Kaeleah said her goals for the future include becoming more versed in different sectors of communication and keeping up with the constantly changing world of media and entertainment.