Luisa Garcia brings her culture to the Regals Tennis Team 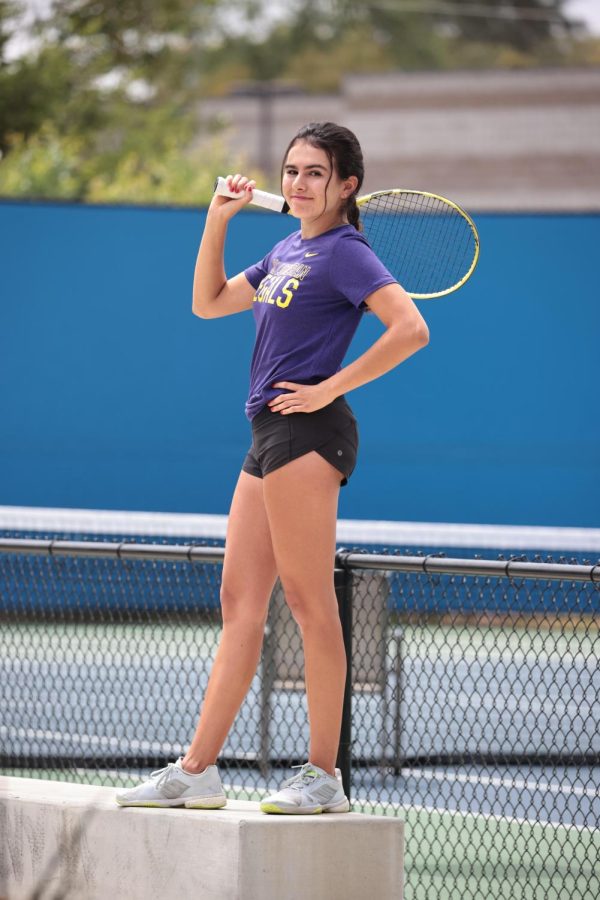 Luisa Garcia takes pride in her Latina roots and heritage.

Sophomore and longtime tennis player Luisa Garcia enters her second year playing on the California Lutheran University women’s tennis team bringing her culture to the team with her.

Garcia said being a Hispanic athlete at Cal Lutheran has made her unique and let her teach her teammates more about herself and what it is like being from both San Diego and Tijuana.

Paola Martinez, a close friend and Garcia’s roommate, shared how both of their Hispanic heritages have enabled them to build a deeper connection together, and how they are so grateful to have each other on Cal Lutheran’s campus.

“It’s really important to us. Being Latina is such a big part of our identities and who we are…we take a lot of pride in the values it has taught us, the language, and the food…but it’s just really nice to have that community here, and especially with her as my friend,” Martinez said.

Martinez said she would love to see more of the Hispanic Latinas on campus coming together.

“It’s just such a tight-knit community and I would love to keep seeing that throughout campus,” Martinez said.

Garcia said she has taught her team little sentences and phrases in Spanish.

“It is pretty fun to integrate my culture and to bring a little unique side of myself to the team,” Garcia said.

Garcia cites her father, Miguel Ángel Garcia, as being her biggest influence, as he was a star tennis player who was ranked No. 1 at ages 16 and 18 in Baja, California, and was the one who initially put her in classes.

“Tennis for Luisa is definitely a big part of her life and who she is. It is obviously something that she really loves…it means a lot to her,” said Samira Negrete, a close friend of Garcia and a cross-country and track athlete at Cal Lutheran.

Garcia said her teammates are her favorite thing about being on the Cal Lutheran tennis team.

“I also have to give credit to Coach Mike and to Coach Jerry, and to all the other coaches on the team, men’s and women’s honestly. They built such a good environment, and they help us a lot in our training and what we have to focus on,” Garcia said.

Garcia said she went to a few meetings last year of the Latin American Student Organization club and was happy to see how much they were celebrating her heritage.

“I’m glad that there’s a few clubs that are bringing the culture here. They have to keep it up because we need that kind of stuff,” Garcia said.

Garcia said she liked the idea of coming to play for college, even if she eventually does not end up playing at the professional level. She strives to become No. 1 on the team over the next few years, be a more valuable player and continue to bring a positive impact to the team by making people smile.

Garcia’s advice to Hispanic athletes who may feel underrepresented on campus is to “be yourself, let your culture shine, express it and stand out with it… it’s so important to spread the happiness that our culture brings.”