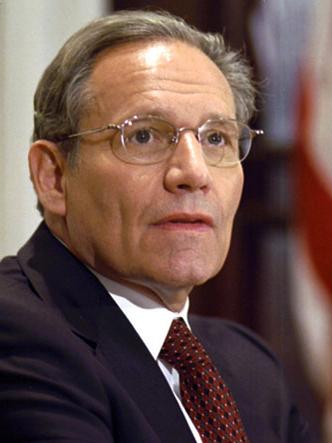 Bob Woodward, a famous Washington Post journalist, claimed that he received threats from the White House in regards to his recent opinion article on the sequestration, a series of budget cuts that began on March 1.

As a journalist, Woodward is highly respected among politicians, but his allegations have raised questions in the media on whether or not a threat was received, and whether he has a right as a journalist to write what he wants.

Woodward is best known for his involvement in uncovering the Watergate scandal, which led to the impeachment of President Richard Nixon.

However, his recent article for the Washington Post was an opinion piece, discussing President Barack Obama’s plans for the sequester.

In his article, Woodward said that aspects of the sequester are “reasonable,” but that Obama is straying from promises he made during the election.

The sequester calls for a balanced approach, involving budget cuts but also raising taxes on those with higher incomes.

Woodward called Obama’s head economic adviser, Gene Sperling, to notify him that the article was being published.

According to Woodward, Sperling yelled at him over the phone and followed with an email. Supposedly the email from Sperling stated Woodward would be sorry for writing the article.

Earlier this week, the original email was published on the Politico website.

The email itself was an apology that hardly came off  as threatening, aside from one line.

“I know you may not believe this, but as a friend, I think you will regret staking out that claim,” Sperling wrote.

Woodward claimed in a statement to the Huffington Post that Sperling’s statement made him feel “uncomfortable.” Yet his response to the email led readers to question Woodward’s true feelings.

“You do not ever have to apologize to me,” said Woodward. “I also welcome your personal advice.”

CLU sophomore Lara Muir sees no evidence of him feeling truly threatened by the  response.

“Based on the published emails, I feel he is more overreacting,” said Muir. “There may have been foundation for the claims, but I don’t see it.”

Although Woodward’s claims seem to be false, the allegations have raised questions on how much the government can censor the media.

Whether there was a threat intended or not, this shows that political figures may not have the legal ability to threaten the press, but instead may easily instill fear into them.

“The press should have the full reign to criticize the government, and even advocate for a different system of government,” said Sharon Docter, department chair of communication at California Lutheran University. “The primary function of the press is to be the check on the powerful.”

However, Docter also said that the executive branch has the ability to formally ask the press not to publish certain stories.
In Woodward’s case, I feel that is what Sperling had attempted to do, but I see no evidence proving Woodward was threatened.

“The economic adviser was simply asking that Woodward think about not publishing his story,” said Alvarado. “I feel because of his political position, that is why he felt threatened.”

Woodward has the right to publish what he pleases, but as a journalist, he must understand that anybody, even political leaders, have the right to ask that certain stories not be published.