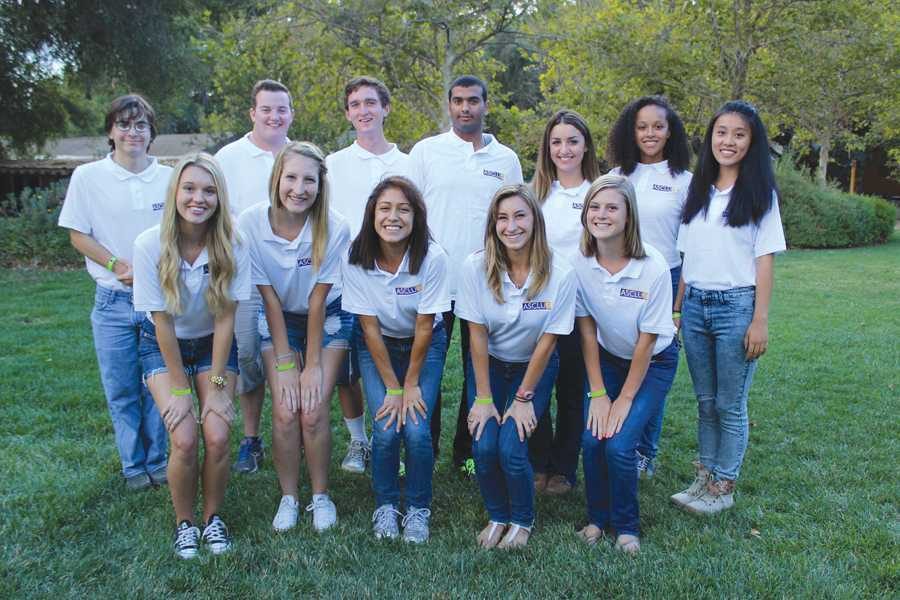 With the new school year came many changes to student government. Eleven new members were elected to represent their classmates and became part of Associated Students of California Lutheran University, better known as ASCLU-G, on Sept. 18.

“I really want to focus on creativity this year and I want to think outside of the box as far as campus improvement goes,” senate director of ASCLU-G Maxi Jones said.  “I’d really like to see some really interesting ideas that people haven’t thought of before.”

For student government to function effectively, senators and board representatives have to work closely to best meet the needs of the entire student body, Maxi Jones said.

“We communicate a lot,” said Maxi Jones. “We do a lot of collaboration and working as a whole senate and also in smaller groups. Just to be able to get the information from a lot of different types of people and make one decision based on everyone’s input has helped us make some great changes and improvements on campus.”

Junior Rachel Cortina said she hopes to be able to bring new ideas and events on campus for the enjoyment of the entire student body.

“I hope to represent my class in a positive way and to encourage campus involvement and the pride that comes along with that involvement,” Cortina said in an email interview.  “I hope to have current campus activities and accessories continue to be a large part of this campus.”

First year Cody Jones said he will keep his campaign Facebook page up, but will now use it as a way to get feedback from the student body. He encourages students to comment and message him about ideas they may have so he can share these with other senators and board representatives.

“I’m also trying to figure out what needs to be done or could be done,” Cody Jones said. “Right now, I’m still taking in a lot of information.”

As a commuter, Cody Jones said he understands how difficult it is for commuters to get involved on campus, which is why he said he hopes to make his idea of a commuter campout a reality.

“It would be really cool do to a commuter campout at school,” Cody Jones said. “Just pitch a bunch of tents in the park and have a campout.”

Junior Violeta Garcia said that although she does not personally know any of the newly selected senators or board representatives, the enthusiasm they showed during the campaign makes her hopeful for the new school year.

“I think they will bring new ideas because they wish to see everyone involved in different activities on campus,” Garcia said. “I hope to see events added where CLU students can come together and get to know each other better.”