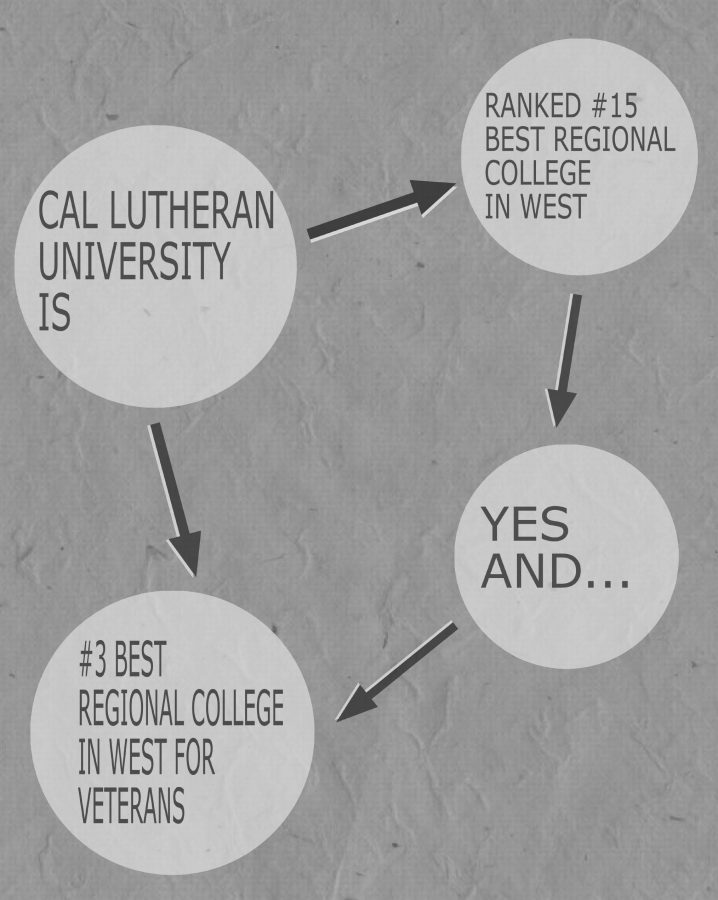 “Their methodology puts too much emphasis on inputs, or admission selectivity, rather than how well an institution does at producing well-educated graduates,” Ward said.

Ward said the rankings use a survey of college administrators to measure school’s reputation, which is subjective and not an effective way of measuring educational outcomes.

He said he would like to see Cal Lutheran perform measures that would make the school reach out to more students, but said a higher ranking by the U.S News & World Report isn’t a goal in itself.

“One would hope that as we continue to strive for academic excellence this will generate more demand for the institution and, consequently, result in stronger performance in the U.S. News & World Report rankings,” Ward said.

“I do not support the idea that Cal Lutheran should make decisions for the purpose of moving up in UN&WR’s ranking system.  That strategy would be like a high school AP class teaching for the test rather than teaching for knowledge’s sake,” Ward said.

“We tend to use the ranking results very lightly in our marketing of Cal Lutheran, because philosophically we don’t think they are necessarily the best measure,” said Christie Harper, Vice President of University Marketing.

Harper said it is great if parents and students look at the rankings, but from a marketing perspective, University marketing will not really emphasize the rankings.

Harper said she thinks it’s great that Cal Lutheran is ranked top-three for veterans in the west and that the marketing department will use that ranking when they reach out to veterans.

“We have a whole veteran strategy, we market the school to veterans, and this ranking will definitely be good for that,” Harper said.

Maika Urasaki, a business major at Cal Lutheran, said the rankings are important to a lot of students.

“I looked at the different rankings before I applied to Cal Lutheran,” Urasaki said.

Urasaki said there are issues with the rankings, such as that they focus too much on how much money the school has, but she still likes the rankings.

“There are definitely issues with the ranking system. But ultimately, I believe that this can generate more applicants to Cal Lutheran, especially veterans, which is an honor for our school,” Urasaki said.