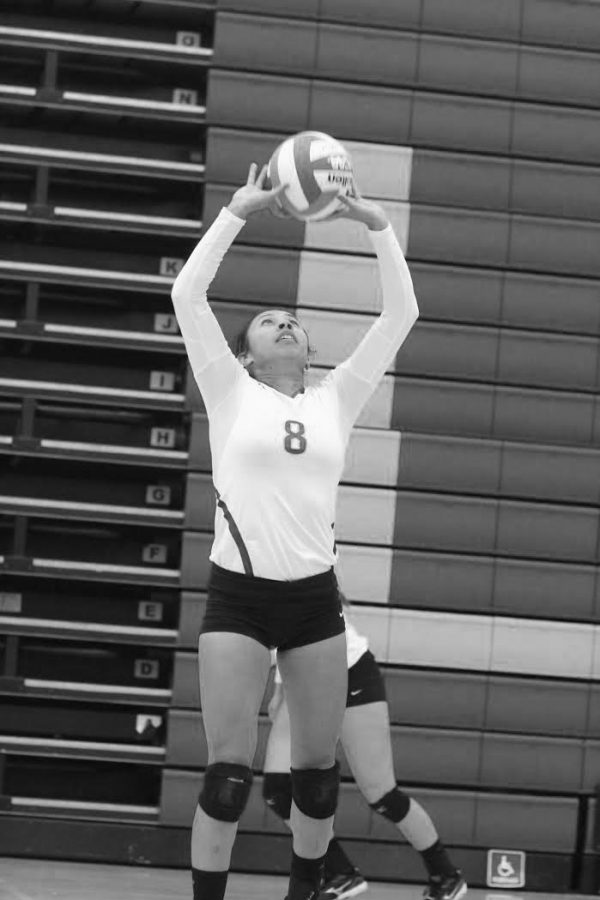 The Regals picked up right where they left off last year with their 17th consecutive conference win against Pomona-Pitzer.

The California Lutheran University Regals volleyball team hosted the Pomona-Pitzer Sagehens in their first Southern California Intercollegiate Athletic Conference game of the season. The Regals ended the night with a 3-1 victory over the Sagehens continuing where they left off last year in SCIAC.

The win extends the Regals’ conference game winning streak to 17 games after going 16-0 in SCIAC play last season en route to their fourth straight SCIAC championship. This season, the Regals plan to be as tough of a competitor as they were last year.

Cal Lutheran led the entire first set and finished with a 25-15 win. Freshman outside hitter Hope Stewart stepped up her game and topped off the night with crucial kills. Sophomore middle blocker Sarah Pappas was able to increase the momentum to finish the set with a few blocks.

Pappas was satisfied with the team’s performance, but she still understands the season is just starting and that there is always room to grow. The Regals must fight the entire game to continue their dominance.

“No team is going to give up and we need to play strong throughout all of the sets,” Pappas said.

The Sagehens are an example of a team that did not want to give up. After losing the first set, the Sagehens were able to bounce back and win a lot of points through kills.

After dropping the second set, the Regals were able to pick up the momentum again. The third set was looking good from the beginning for the Regals after a few outside hits led to kills. Leading the first part of the set 15-10, the Regals held on to the lead and finished with a 25-21 win.

Pappas was able to close out the set with a block on a Sagehen hit. After winning the third set, the Regals were able to find their place and dominate the final set.

With the Regals leading the fourth set 15-5, the Sagehens found it difficult to make a comeback. The game ended with a service ace from sophomore outside hitter Michelle Lawrence making the final set score 25-17.

Although the Regals won in four sets and started off their SCIAC competition with a victory, Head Coach Kellee Roesel believes there is always room for improvement.

“We got a lot of work to do,” Roesel said, “We are having a hard time stopping the big outside hitter, so we need to work more on blocking schemes and continue to work on our ball control.”

Even the fans were really enjoying the atmosphere and excitement of the first home conference game.

Freshman Christian Rider is a volleyball fan and found attending the conference game to be just as fun as attending the preseason games. He said the loud atmosphere of the home court is just one of the things that makes it fun to attend.

“I felt captivated by the excitement of the crowd on the home side and the stands were almost full compared to the away side,” Rider said. “The atmosphere is very supportive towards our CLU girls and I think that’s just one reason why this program is so strong.”