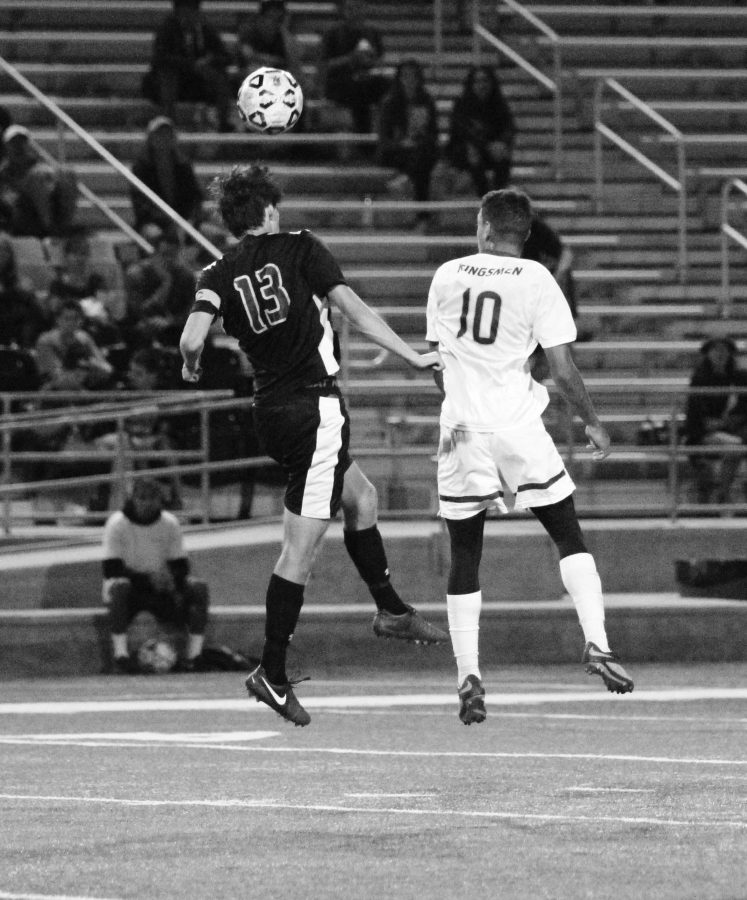 The Kingsmen split two close road matches and look to continue to make improvements into the month of October.

The Kingsmen soccer team took to the road this past week, playing two away games in a span of three days ending in one win and one loss.

The first battle was against Chapman University where they were able to pull through and take the game with a score of 2-1.

Although the Panthers were a previously undefeated team, the Kingsmen started the game firing on all cylinders.

According to a CLUsports.com article, the Kingsmen took a corner kick less than two minutes into the game.

California Lutheran University had four shots on goal and the Panthers had six attempts.

In the 36th minute, junior midfielder Nathan Davidson scored the first goal of the game with an assist from junior forward Zach Larson. However less than a minute later Chapman retaliated and tied it back up when senior forward Gabe Recht-Appel hit a shot into the back of the net.

After three shots on goal, Larson was able to put away a final shot, giving the Kingsmen the lead they needed and held for the rest of the game.

“It was a great game, a little scrappy at first, but we scored in the first half and right after we got that goal we had the mindset that we had to come in and finish them off,” sophomore center back Brandon Kearney said.

Head coach Daniel Kuntz said he thought his defense did a great job, especially since some players were hurt for this game.

“We had to use some freshmen guys and they did a tremendous job. They came in and they played really really well and I’m just really proud of them,” Kuntz said.

Two days later, the Kingsmen were back on the road for the long drive to University of Redlands.

With the momentum of the win from their last game, Cal Lutheran scored the first two goals of the game, one by junior forward Nick Baldi on a free kick and the other by Larson.

“Our confidence was high throughout the rest of the first half,” Baldi said in an email interview.

The Kingsmen may have felt too comfortable, and the Bulldogs pushed back and scored a goal in the 56th and 61st minute to tie the game up, according to a CLUsports.com article.

“Emotionally, that kind of brought us down a little bit and before we could get our bearings back, they put another goal in and so now the game is even and we were scrambling. We weathered what we could but there was only so much we could do with fatigue and everything else that was going on,” Kuntz said.

Toward the end of the second half, Redlands took off on a breakaway toward the goal. Junior defender Alex Wardle attempted to stop the one on one play, however, he was called out for a foul just inside the box and a penalty kick was taken, which Redlands took advantage of and left the score 3-2.

Kuntz said Wardle was not allowed to finish the game due to a last defender penalty rule.

With only 10 players on the field, the Kingsmen were unable to come back from the Bulldogs’ lead.

“Unfortunately as a team we suffered a mental lapse in the second half. In a league as competitive as ours, we cannot afford to do so,” Baldi said. “Moving forward, it was a great lesson learned that anything less than 90 minutes of hard work won’t cut it. We will be back at it as strong as ever in our next game and for the rest of the season.”

The Kingsmen look to learn from their mistakes and open up October with a home match against Occidental at 7 p.m. at William Rolland Stadium.