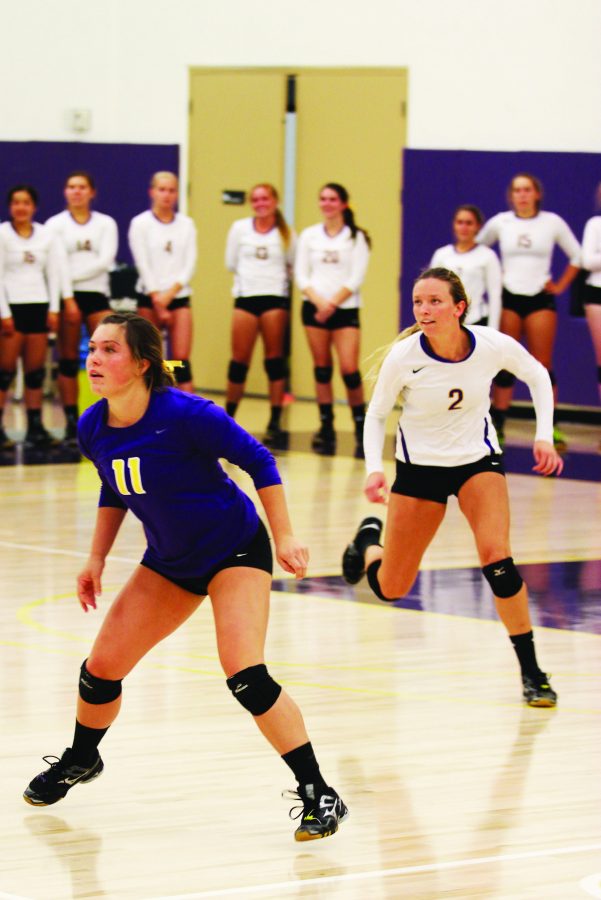 With less than one-third of their season remaining, the Regals extend their conference winning streak to 23 games and continue to be the second ranked team in the nation.

The California Lutheran University women’s volleyball team defeated the La Verne Leopards on Saturday, Oct. 4 with a final score of 3-1. 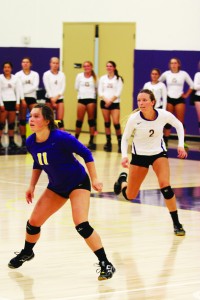 Intensity and high-volume energy were apparent inside the Gilbert Arena as the first place Regals took on conference foe La Verne with hopes of staying undefeated in the Southern California Intercollegiate Athletic Conference.

“Playing La Verne is always a big game, they’re fun to play, and [the games] get super energetic, and standings wise, La Verne was tied for second,” junior outside hitter Allie Eason said.

Eason led the way for the Regals with 15 kills. She is currently ranked fifth in the SCIAC with 196 kills this season.

Cal Lutheran headed into the match with a 6-0 record in SCIAC, with La Verne close behind them at 6-1. Prime defense was the key to success in this match for Cal Lutheran proving their excessive blocking skills.

The first set opened with consistent rallying between the two teams but it did not take long for Eason to put Cal Lutheran on the scoreboard with a kill, placing the Regals ahead 1-0. As the first set continued, blocking by both teams was incredibly apparent.

“Blocking is something we’re always working on, so it’s nice to see it pay off when were on,” Eason said.

Cal Lutheran played solid defense throughout the match with a total of eight block assists and nine solo stops.

The first set was a constant back and forth battle but ultimately Cal Lutheran walked away with the win, 25-22.

The Cal Lutheran defense suffered a brutal center kill in the second set by La Verne’s junior outside hitter Brittany Yaxley, who led the Leopards with nine kills and four blocks overall. In the final minutes of the second set, Yaxley’s kill could not bring the Leopards to victory. Cal Lutheran lead 2-0 heading into the third set.

The Regals struggled in the third set, allowing the Leopards to get out to a 17-8 lead. Cal Lutheran suffered multiple faults throughout the third set, including several missing dives.

“We didn’t come out as hot as we did in the previous two sets,” Eason said.

After Regals head coach Kellee Roesel called a timeout, Allie Eason came out strong for the team with 5 kills overall, including an exceptional double kill.

Despite Eason’s efforts, the Regals dropped the third set leaving the score 2-1 heading into the fourth.

In order to keep La Verne from coming back into the game, it was critical that Cal Lutheran give all their effort in hopes of a final winning close out.

Peters scored the first point for the Regals within the beginning seconds of the set with a kill. Cal Lutheran entered this fourth set ready to fight for the win, further frustrating La Verne head coach, Jenna Panatier, who called two timeouts.

Sophomore outside hitter Michelle Lawrence, had an incredible set with five solo blocks to give Cal Lutheran the lead at 9-3.

La Verne came back up on the scoreboard for a split second with a powerful kill from sophomore middle blocker Cassie Thompson, leaving the score close at 18-14. Despite the Leopards efforts, the fourth set was controlled by the Regals, who demonstrated exceptional defense and teamwork.

The Regals won with a final score of 3-1, keeping their undefeated status in the SCIAC. In response to the win, Roesel said to expect the Regals to get better and practice harder in the future, worrying solely on their own game, instead of their opponent’s.

The Regals’ next scheduled home game is their homecoming game on Saturday, Oct. 18 against Claremont-Mudd-Scripps.