‘The Judge’: Neither a hit or a miss 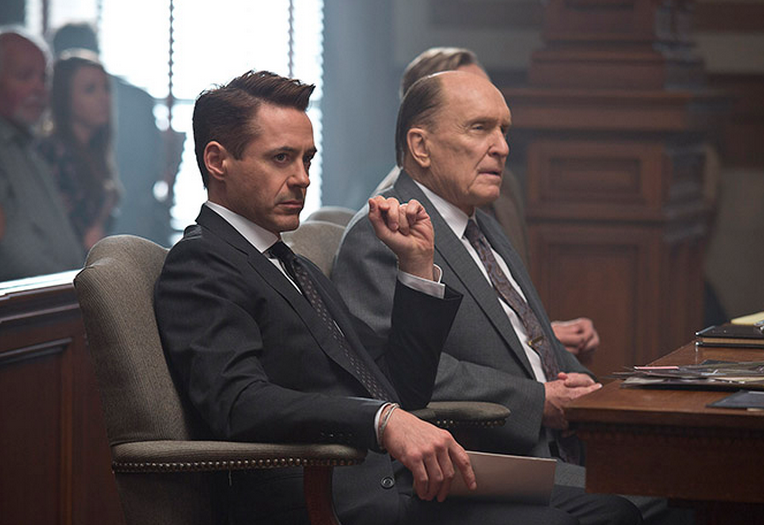 Going into the “The Judge,” I was expecting either a hit or a miss. It turns out that the film is neither, but more like a highly budgeted Lifetime television movie with an expensive cast. While it has its many painful dramatic faults, the film still retains a watchable acting performance.

In fact, if it weren’t for Robert Downey Jr.’s name on the poster, this movie would have never reached the big screen. Credit is owed to him though for finally taking a break from Marvel’s Tony Stark and reminding the world that he still can pull off a meaningful role. Downey brings passion, confidence and his normal dose of quick-witted humor to his role of renowned Chicago lawyer Henry Palmer.

When Henry receives a call that his mother has passed away, he returns to his hometown and begins reconnecting with his two brothers, along with his father who is the admired judge of the area, Joseph Palmer (Robert Duvall). Henry immediately detests being back in his small hometown, and rightly so after receiving just a cold handshake from his father at the funeral.

Robert Duvall does a fine performance despite the jaded, rough personality his character is given. Duvall and Downey steal away the picture each time they step in the same frame thanks to the combination of their screen talent. They even share a humbling father-son moment where Henry has to clean up his father’s mess – literally.

Right before Henry returns to Chicago, he receives news that his father has been accused of murdering someone in a hit-and-run. Ironically, this puts the judge in a different court position than he’s used to, and because of this, he receives the help of the wittiest lawyer there is: his son. The rest of the film consists of two trials: one on the murder case and the other between father and son.

Director David Dobkin, who has directed comedies such as “Wedding Crashers” and “The Change-Up,” attempts a different genre and storyline in “The Judge”. He bears a story that makes you consider your own relationship with your parents and reminds you that restoring an important relationship with them will ultimately bring you something worth fighting for.

This is exactly what Henry Palmer goes through during his own personal battle of accepting his father for who he is, even if they’re complete opposites. Many times throughout, Henry could have walked away from the trial, but instead persists on and begins showing his father how much he really means to him.

Henry is going through a divorce at the beginning of the film. He tells his wife that he’s going to gain custody of their daughter, but she responds by asking him basic questions about their child to which he can’t even give the correct answers. However, as the story progresses, Henry begins changing his relationship with his daughter after receiving context from his relationship disaster with his own father.

Elements of the film that were confusing involved the bright lighting through every window. Other than that, cinematographer Janusz Kaminski does a decent job with the courtroom and jury selection scenes. One can only do so much with a set presentation such as this one, though.

The story itself has one too many lines that will either make you cringe in your seat, or wonder why you didn’t stay home and pop on a Lifetime drama instead. Also, the score of the picture didn’t help the dramatic effect enough since it felt like it was taken out of a cable television movie. Some other faults in the picture involved the random, high-status supporting cast of Dax Shepard, Vera Farmiga, Billy Bob Thornton, Leighton Meester, and Vincent D’Onofrio. While some of the roles are out of place, they still manage to do their part in a seemly manner.

“The Judge” brings heavy moments, along with many scenes that should have never been written in. Go check it out if you simply can’t pass on Downey’s role, but beware that you may fade in and out of sleep for a good portion of the 141 minute flick.