Regals have eyes on first place 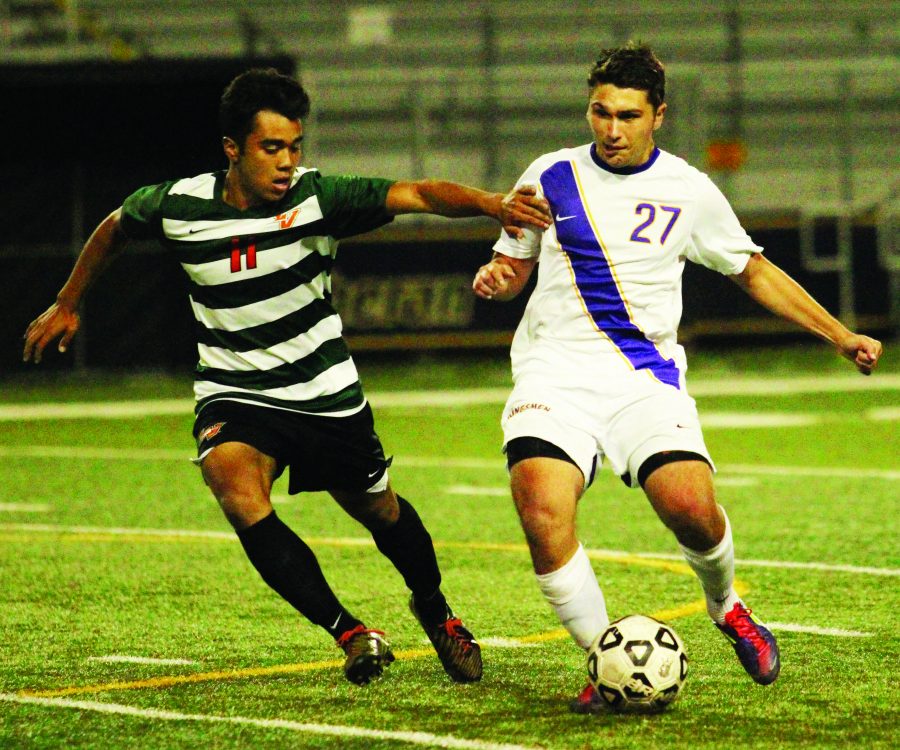 With a win over first place Claremont-Mudd-Scripps, the Regals have won four straight games and inch closer to first place in the SCIAC standings.

This game was a particularly important win for the Regals since CMS holds the number one spot in the Southern California Intercollegiate Athletic Conference rankings, while Cal Lutheran sits at third.

Cal Lutheran fell to the Athenas 4-1 in the last match between the two teams, leaving the Regals with something to prove for last Saturday’s game.

“Obviously they had beat us handily in the first game, so having done that, you always want to come back and get a win,” head coach Frank Marino said.

The Regals had a successful game on their own turf. They scored three goals, two of them in the first half alone. The Regals were on their way to redeeming themselves for their last loss to CMS.

According to CLUsports.com, junior midfielder Katie Moyer scored her fourth goal of the season, with a shot in the goalie box past the CMS defense. Freshman defender Olivia Leyva was also able to score with a 20-yard free kick after being fouled.

The Regals played lively offense throughout the game and outshot CMS in the first half 8-1, according to CLUsports.com. Even though the Regals were outshot in the second half, they still kept an overall lead with 12 shot attempts for the entire game versus the Athenas’ 11.

This strong offense could not have succeeded without a tough defense to back it up.

“One of the challenges we faced, their team has a lot of pace, their forwards have a lot of pace and their moving off the ball is great,” assistant coach Mike Padilla said.

Cal Lutheran was ready to take on this pace with their strong defense.

“The back line did a very good job of picking up the runners so it was great,” Padilla said.

Local children’s teams even showed up to support Cal Lutheran. The children were the most frequent cheerers in the crowd, shouting encouragements and stamping their feet when the Regals scored.

“We got local club teams that are here and they always come and support what’s going on. It’s important,” Marino said.

The children had the opportunity to play on the field during half time and after the game. One team even had the chance to run to the line up at the beginning of the game with the Regals.

With the win, the Regals improved to 7-4-2 overall and 5-2-1 in SCIAC play. They also were able to close the gap between themselves and first place CMS.

“I hope we just keep up the intensity and win SCIAC, get that fifth SCIAC championship and move on and make some headway in the NCAA tournament,” Campbell said.

The team hopes to keep up their streak and continue to play with the same intensity as they did on Saturday’s game.

After a break with a non-conference game against UC Santa Cruz on Oct. 13, the Regals will play La Verne on Oct. 15 at 7 p.m. at William Rolland Stadium.