No mercy shown in home opener 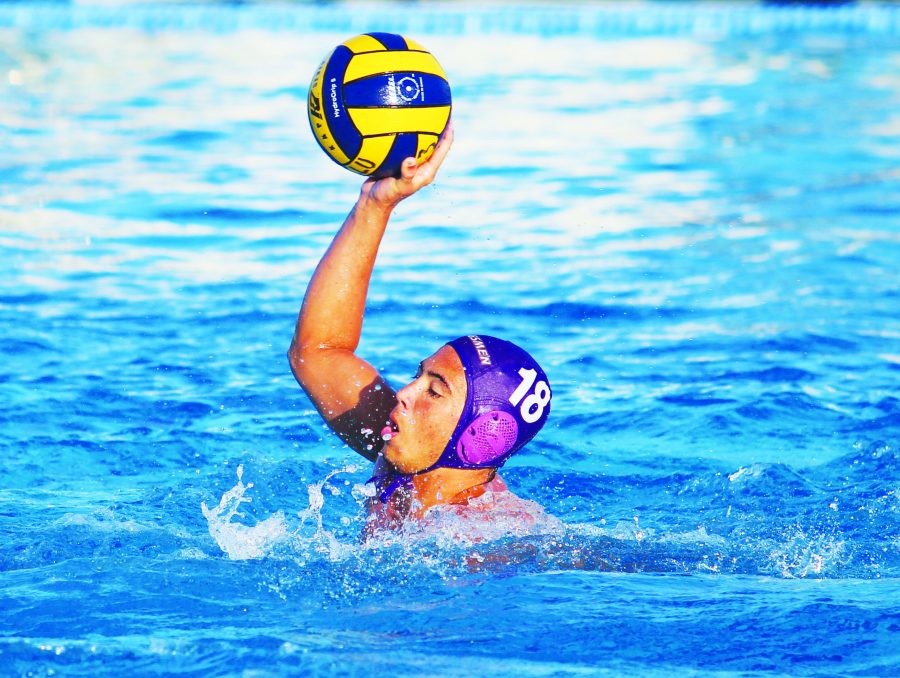 The Kingsmen lost a back and forth thriller to Division II Mercyhurst in their home opener at the Samuelson Aquatics Center.

A strong first half was not enough for the California Lutheran University men’s water polo team to defeat Division II Mercyhurst University during its first home game of the season on Oct. 9 at the Samuelson Aquatics Center. 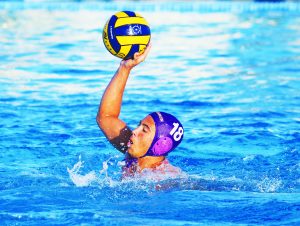 The Mercyhurst Lakers found themselves on the scoreboard first when junior utility player Dave Matulis scored a first quarter goal. However, Kingsmen senior attacker Mike Arteaga was able to tie the game up when he fired a shot past the goalie for the Kingsmen’s first goal.

Sophomore attacker Jake Gallagher scored for the Kingsmen right before the end of the first quarter, giving them a 2-1 lead.

Cal Lutheran started the second period off strong with senior utility Zach Graper firing off two back to back goals. The Kingsmen quickly lost their momentum and Mercyhurst came back right away riffling off three goals, tying up the game 4-4 by the end of the second quarter.

The Kingsmen went back and forth with Mercyhurst during the third quarter. The Lakers drew first blood giving them a 5-4 lead, but senior center Asante Sefa-Boakye responded with a goal of his own to tie the game back up.

The Kingsmen and Lakers continued their back and forth battle as the quarter continued. Senior goalkeeper Jesse Owen blocked two consecutive scoring attempts from Mercyhurst. 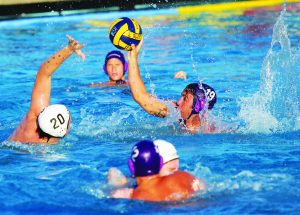 The Lakers started the fourth quarter with a game-tying goal from senior driver Alex Strong.

Junior attacker AJ Franklin was able to give Cal Lutheran an 8-7 lead with just 2:41 left in the game. Just 13 seconds later, Mercyhurst scored tying up the game.

Strong struck again for Mercyhurst in the fourth quarter to score what would be the game-winning goal.

With one minute remaining, Sefa-Boakye attempted to tie up the game but narrowly missed the goal.

In the closing seconds of the game the Kingsmen had one scoring opportunity left.

Graper fired a shot that was blocked by the Mercyhurst goalie. Cal Lutheran recovered the ball but was unable to score, losing to the Mercyhurst Lakers with a one point deficit of 9-8.

“[The loss was] definitely disappointing. We had probably the biggest crowd we’ve ever had, so it’s a little unfortunate… We just didn’t play to our potential,” said Owen, who had 7 saves for the Kingsmen and led the team with four steals. “I think we just have to play consistent next game, play the whole game like we played the first quarter here. The first quarter showed our full talent so we just need to continue that for the rest of the games. We have to stay consistent.”

Head Coach Craig Rond was also disappointed with the Kingsmen loss against Mercyhurst.

“It’s a hard loss because we were up 4 to 1 at the end of the first quarter and we just couldn’t put shots away. We had plenty of opportunities and just kept shooting the ball wide or rushing our shots or not putting the shots under the goalkeeper’s arm. It was pretty much on us,” Rond said.“We played good defense, just didn’t put shots away that were there.”

Cal Lutheran student and Kingsmen water polo supporter Evan Denworth took this loss well and kept a positive outlook for the rest of the season.

“It was a hard fought game. They played to the best of their ability and we’ll win the next one,” Denworth said.

The Kingsmen have one more game against Valley College before beginning Southern California Intercollegiate Athletic Conference games. Their SCIAC opener against Chapman will be held at Samuelson Aquatics Center on Oct. 18 at 11 a.m.