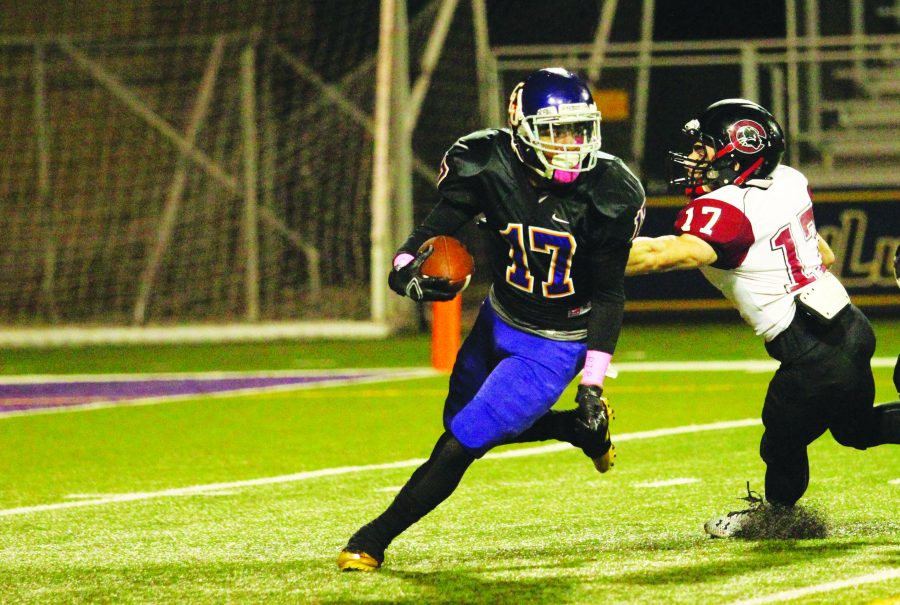 Two second half 68-yard rushing touchdowns  killed any momentum the Kingsmen had as they fell to Chapman University 45-21. The Kingsmen were outscored 31-14 in the second half.

The California Lutheran University football team took on number 25 ranked Chapman, according to d3football.com, Saturday night at home. The Kingsmen came up short losing to the Panthers 45-21.

“We came into the game and wanted to execute our game plan. We wanted to keep their offense off the field to limit their opportunities. We needed to do everything right to pull off an upset,” said head coach Ben McEnroe.

The Kingsmen came out strong in the first quarter forcing Chapman to punt on their first possession. They then drove down the field led by quarterback Nick Isham, who capped the drive with a three-yard rushing touchdown for the first score of the game. This would be the only lead Cal Lutheran would have the rest of the game. The first quarter ended with the Kingsmen and Panthers tied 7-7.

The Kinsgmen had scoring opportunities in the second quarter but came up short every time. Cal Lutheran had a 13 play drive for 64 yards but were forced to kick a field goal. The field goal was blocked and Chapman recovered the ball to take possession.

Later in the quarter the Kingsmen had another 13 play drive for 58 yards. With time running out in the first half the Kingsmen went for it on fourth down but were not able to convert. The Kingsmen entered halftime down 14-7.

“In the first half we executed our plan, we kept them off the field. We stayed within seven after the first half. In the second half we just got away from our game plan,” said McEnroe.

Early in the third quarter Chapman showed their strength with a 68-yard touchdown run, giving them a 21-7 lead.

However, the Kingsmen answered back later in the quarter. They drove down the field to score on a seven yard pass from Isham to running back Isaac Seymour, putting them right back in the game.

However, Champan’s running game proved too strong for the Kingsmen defense as the Panthers had another 68-yard run for a touchdown extending their lead. Chapman rushed the ball well throughout the game, totalling 262 yards on the ground.

The third quarter ended with the Kingsmen down 28-14.

Chapman dominated the fourth quarter, adding on 17 more points to their score. Chapman’s defense came up with two interceptions while their special teams ran back a 85- yard kick return for a touchdown.

The Kingsmen added on another touchdown in the fourth quarter with a three-yard run by running back Ricky Johnson.

“We let up crucial points in this game. I feel positive moving forward. We need to finish on offense and come up with big plays on defense. We need to move forward as a team,” said Isham.

Isham finished the game with 198 passing yards with one touchdown and two interceptions along with 50 rushing yards.

“We can take away a lot of good things from this game. We played well for a majority of the game. Just have to learn that we can’t take a few plays off against a good team. I feel confident that we will bounce back and be fine,” said senior linebacker Nik Kessler, who had three total tackles in Saturday night’s game.

After the loss, the Kingsmen fell to 2-4 overall and 2-2 in Southern California Intercollegiate Athletic Conference play.

The Kingsmen currently sit in fourth place in the SCIAC standings. They will try to rebound from the loss next week as they take on the Stags of Claremont-Mudd-Scripps Colleges at 1 p.m.