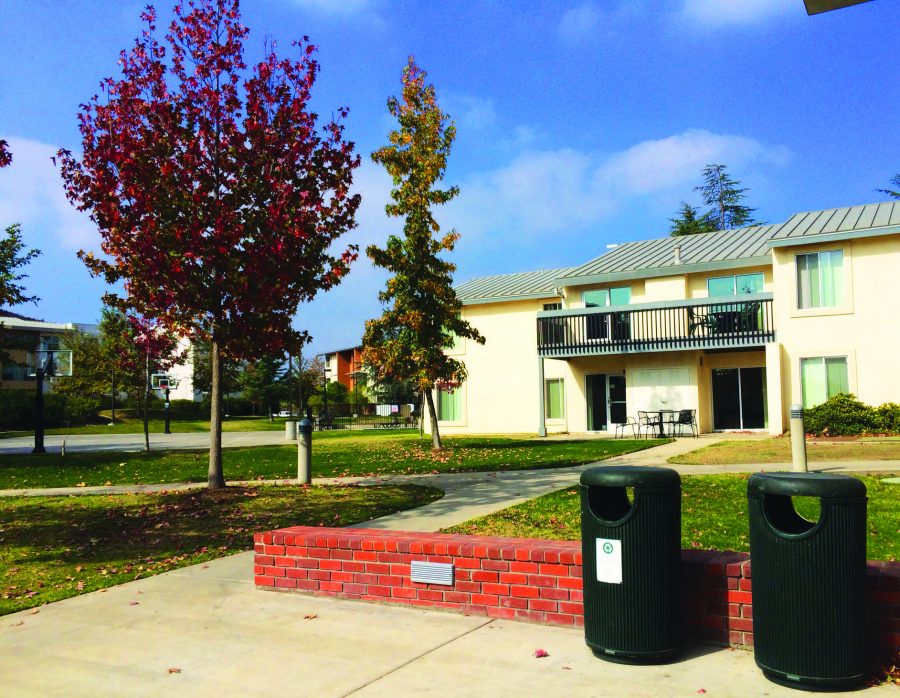 Clean up: The many trash and recycling cans located around campus make it easy for students to recycle and keep the campus clean. Photo by: Isabella Del Mese - Photo Editor

There are few things about California Lutheran University that I love more than the campus in Fall, or as I like to call it, California’s second summer.

Kingsmen Park on a beautiful November day is like a world of its own, but nothing ruins the aesthetic of this campus like the trash on the curbs and the cigarette butts in the cracks on the sidewalk.

For the past few weeks I have been walking around campus without even recognizing the beauty that made me want to come to Cal Lutheran in the first place. The reason for this? It is hidden underneath piles of discarded Starbucks cups and Subway trash on the side of the road and in the parking lots.

As a resident assistant, Cashatt does rounds constantly and is no stranger to the filth that is left behind by some people. She said one thing that really bothers her is that the east entrance of Grace Hall is constantly littered with cigarette butts.

In fact, the act of stubbing out cigarettes has started to turn the stairs by Trinity Hall black and dirty, upsetting many of the residents.

Brian Hix, a senior Trinity resident, said he doesn’t notice the trash or the cigarette butts as much as he notices that people are inconsiderate when they are driving or crossing the street. For this, Hix blames the drivers as much as the pedestrians.

He said while drivers should be more careful and should heed the stop signs on campus, pedestrians also need to take responsibility to look up and recognize that they are putting themselves in harm’s way by not being more observant.

“I think a lot of people are busy and they kind of ignore that kind of stuff,” senior Sarah Peterson said. “It just makes the campus so much nicer if people are all courteous to each other.”

Being more aware of your surroundings when crossing a street or driving around campus is about so much more than just being courteous to those around you. At the end of the day, it really is all about safety for everyone on campus. Making sure not to blow through stop signs because you are running late for a class could save you from getting into an accident with another car that wasn’t paying attention or hitting a pedestrian on a crosswalk. It is always better to be a few minutes late than to not make it at all.

I encourage all of you to be more aware and more courteous over the next few days and see how it can change the way you feel about this campus. If we treat everyone with more respect and spend more time being aware of our surroundings Cal Lutheran will become even more of a beautiful place to be. It is about so much more than just doing what is expected of you, it is about doing what is best for the people around you as well. So take the extra three minutes to throw the trash away, or take the extra 20 seconds to stop at a stop sign and let the pedestrians pass. We all have places we are trying to get, but we need to take care of the place we are at first.