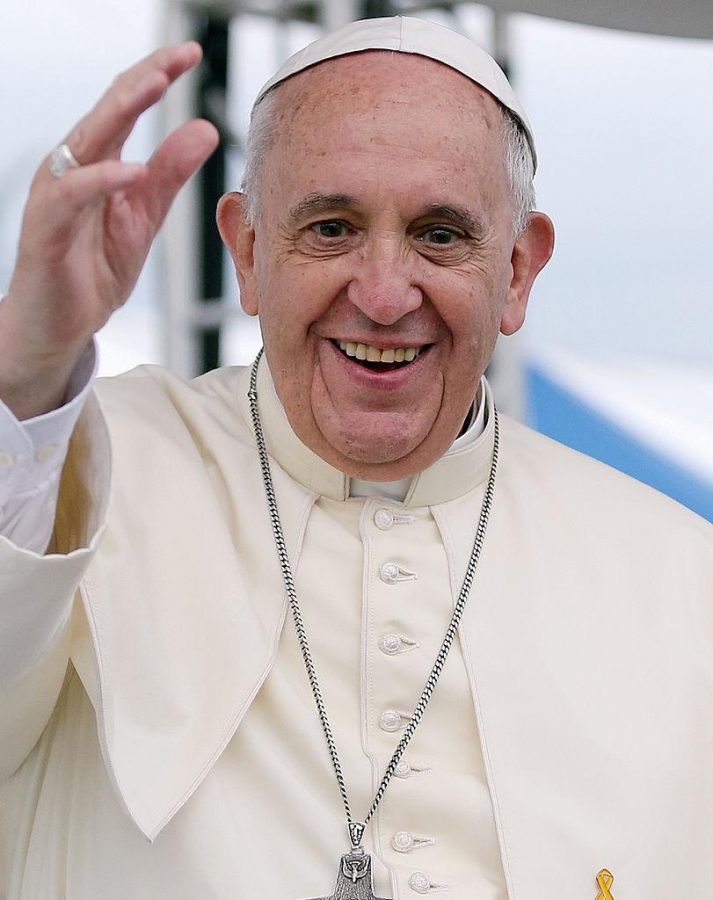 Pope Francis arrived in the United States last week, not only visiting and worshipping with the Catholic community, but also making history when he became the first pope to address the joint session of Congress on Sept. 24.

According to an article on nytimes.com, Pope Francis tackled multiple topics relevant to U.S. government at this time, including poverty, hatred towards one another, greed and climate change.

Ian Hollick, a Catholic seminarian on the California Lutheran University campus said the pope speaking to Congress is important because it shows that a joining of church and state can happen for the benefit of America as a whole.

“It is significant because no pope has ever addressed congress before. It is significant because in this country we like things neat, clear, distinguished. We like the separation of church and state,” Hollick said. “Therefore, for a religious leader to come and address Congress, which by nature is secular, it is profound.  The purpose of law is to address humanity and the purpose of religion, specifically Christianity, addresses the needs of humanity as well.”

Pope Francis spoke to Congress with the hope of protecting and uniting all peoples, not just in America but all around the world as well.

According to the nytimes.com article, the pope used the “common good of the people” to drive home his own opinions on popular political matters.

Campus Pastor Scott Maxwell-Doherty said the weight of the pope could help in getting his message out to the world.

“Every time the pope speaks, the attention of the world finds its way to what he’s going to talk about. It doesn’t matter if he’s speaking off the balcony of the Vatican City, or if he’s speaking in Congress or if he’s in a barrio,” Maxwell-Doherty said. “When this man opens his mouth there are a dozen microphones tracking every word and the influence of every word.”
Maxwell-Doherty said he believes the fact the Pope was able to receive the invitation to speak to Congress will help bring the attention needed to these issues.

“I just think it’s wonderful that he got that microphone in front of that set of national leaders,” Maxwell-Doherty said.

Pope Francis faced opposition from groups about the speeches, citing that the leader of the Catholic community would be crossing the boundaries of church and state by supplying his opinions to the joint session.

Dominic Lunde, leader of the Fellowship of the Catholic Community at Cal Lutheran, said in an email interview that he believes no matter what a public figure does, the pope included, they will be met with scrutiny. However  as the leader of the catholic people, the pope has the right to present his and his people’s views to the public in regard to important issues.
“As head of eight million Catholics in America he is quite an important person in the USA. Also I believe Congress in particular really needs to hear his message of love,” Lunde said.
The pope’s appearance in congress was celebrated and debated throughout multiple forums including social media.

“Most delightful is that for a small window of time in this country this individual and the weight of his office gets to gather not only to worship the prayers of the people, but also lays claim to front page space in news papers and and the social media world,” Maxwell-Doherty said.

Maxwell-Doherty said it is because of this constant coverage that the issues the pope talks about and what he’s doing will carry so much weight this time around in America.

“For this narrow window of four or five days this country becomes fascinated with who he is, what he’s up to, what is he talking about? Why does that matter to me? Why should that matter to me?” Maxwell-Doherty said. “And in all of those ways this nation gets a glimpse of how this is a pretty important Roman Catholic individual who speaks on behalf of the church, and the world pays attention.”

Hollick said he believes that with this country, this pope and the way America united around this visit there will be room for change on issues that Pope Francis talked about.