Pope Francis is a role model for all 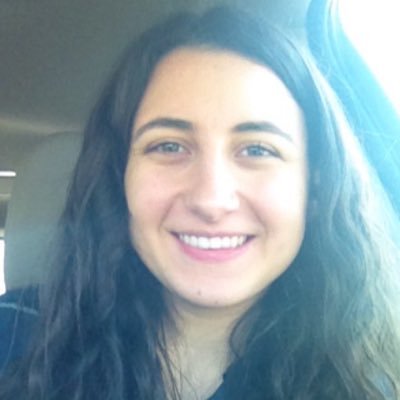 Do unto others as you would have them do unto you. That is the golden rule according to Pope Francis. It is a familiar mantra that means treat others as you wish to be treated, symbolizing both morality and equality.

Pope Francis applied his motto as he spoke to American crowds during a six-day visit to the United States, addressing issues ranging from the death penalty to widespread poverty.

Although his rule is vaguely applied to the matter of gay rights as well as women’s rights to abortion, liberal critics in the left wing are still questioning his views.

Politicians like Rick Santorum, think that because the pope is a well-known religious figure, his opinions cannot correlate with science. According to snopes.com, this is correct, as the rumor that Pope Francis holds a master’s in chemistry is false.

However Pope Francis studied to become a chemical technician before becoming a priest, qualifying him to make comments on issues such as global warming.

The pope told Congress that climate change produces “a selfish and boundless thirst for power and material prosperity” resulting in the distress of the poor who “are cast off by society,” according to cruxnow.com.

The pope is right on the matter that those in poverty will be affected the most as agricultural and water shortages are already occurring. Their necessary needs for survival are not being fulfilled, as the climate is required for their endurance.

The fact that Pope Francis imagines himself in someone else’s shoes demonstrates his tenderness toward developing countries.

Herbert Gooch, who has a doctorate in political science, said that The pope’s understanding of science is tolerable, even if his arguments are based on religion.

“If he didn’t have a science background, he probably would have come to the same conclusion because he sees who most suffers from environmental degradation. I think it’s about the poor in the short and long-run,” Gooch said.

On the other hand, Pope Francis’ view on illegal immigration speaks volumes, as he is an Argentinian immigrant. America is known for its anti-foreign policies and even its questionable values concerning minorities.

Yet, the pope challenged the system as he visited the U.S., spoke to Congress and was ultimately applauded with a standing ovation.

According to theguardian.com, Pope Francis compared foreigners to Americans when he said “on this continent too, thousands of persons are led to travel North in search of a better life for themselves and their loved ones, in search of greater opportunities. Is this not what we want for our own children?”

I admire the pope’s diligence regarding his concern for underprivileged immigrants. Yet let’s look at it on the flip side. How are these immigrants going to affect us? Yes, these people are not numbers. Rather they are real human beings who have distinctive stories.

Still a lot of immigrants are not refugees, merely coming for employment instead. The truth is we don’t have enough applicable jobs for the potential influx of migrant outsiders.

Gay rights are another relevant political issue in which the pope favors neutrality, according to nbcnews.com. When referring to Kim Davis and her controversial refusal of same-sex marriage licenses, Pope Francis said that everyone should have the freedom to deliberately object.

This does not mean that the pope detests those who have a different sexual orientation. Instead, he believes that everyone deserves the freedom to be for or against something. Considering his strong ties to the Catholic Church, it’s not a surprise that he isn’t embracing gay rights just quite yet.

“My approach is it’s better to get half a loaf than a whole loaf of bread. If the cost of keeping the church unified behind some changes is to go slow on others, I’ll go with it. It might be too much if he adopted the whole left agenda. It’d be easy for people to dismiss him. This way, they can’t,” Gooch said.

However, Pope Francis does not apply that “freedom” to women, as he is pro-life.

Personally I believe women should have the right to use birth control and have abortions since they are people who have independence over their own bodies. If a woman is dying, should she still have her baby if it means risking her own life?

Although his so-called golden rule does not pertain to a few political issues, I will give him credit for being the most open-minded pope to date. He’s definitely not a Donald Trump 2.0, who’s known for commenting bluntly with his conservative views.

Pope Francis emphasizes his objectivity as he discusses relevant problems without appearing to be the arguer. No matter what party one follows, the pope is admired as a role model in the public eye for his non-partisanship. Francis’ main objective is to help everybody, which is why I respect him.