Putting on ‘Politics and Pizza’ 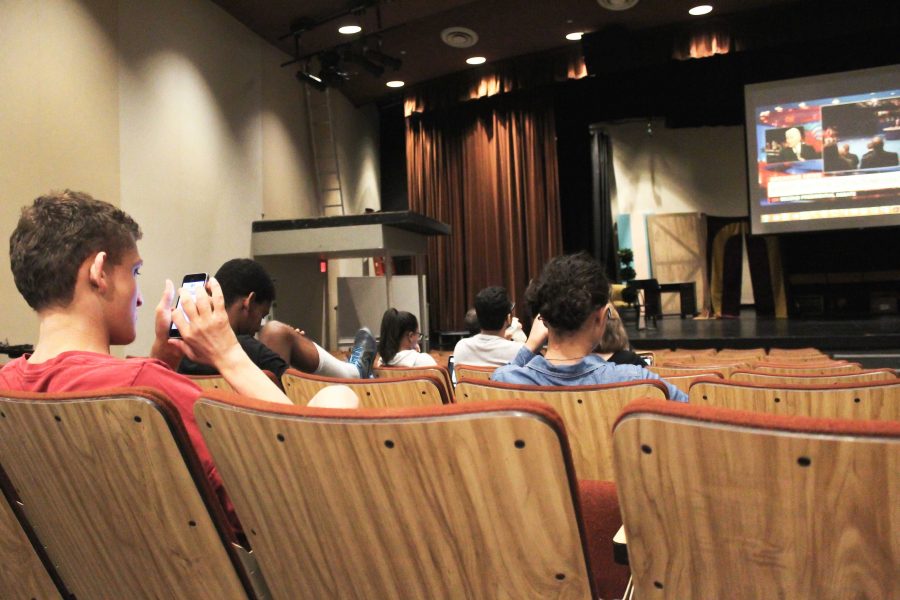 Civically engaged: “Politics and Pizza” is a chance for students to watch the presidential debates together with pizza provided.

On Oct. 9, California Lutheran University students and faculty gathered at Preus-Brandt Forum to watch 2016 presidential candidates Hillary Clinton and Donald Trump square off live in the second of three debates leading up to election day in November.

Event moderator Andy Hanson said in an email interview, “We believe that it’s important for voters to make informed decisions and watching the debates can help in that process. As on many college campuses, the majority of our students at Cal Lutheran are traditional undergraduate students, many are voting for the first time in a presidential election.”

This event offered free pizza, but unlike the first debate viewing, did not offer post-debate discussions or the ability to register to vote.

It came just three days after  a video where republican nominee Trump made derogatory comments about women and three days after emails that undermined Democratic nominee Clinton’s stance on some issues were released to the public.

The two nominees came on stage but did not shake hands as they had done before the last debate. Both candidates addressed a variety of question topics from residents of Missouri as well as questions submitted through social media.

Despite a variety of topics being addressed, David Lee, a sophomore political science major said, “The debate was a little less heated than the first one but still as equally lacking in policy [as the first debate].”

In a post-debate poll conducted by Yugo, which interviewed 812 voters who watched the debate, 47 percent of people think Clinton won the debate while 42 percent chose Trump.

The debate ended positively with the final question being for each of the candidates to name one nice thing about the other.

Clinton said that she respected Trump as a father and Trump called her a fighter saying she fights hard and doesn’t quit.

The third and final presidential debate will take place Oct. 19 and “Politics and Pizza” will host their viewing party in Nygreen 1 at 5:30 p.m.

The last day for California residents to register to vote is Oct. 24.