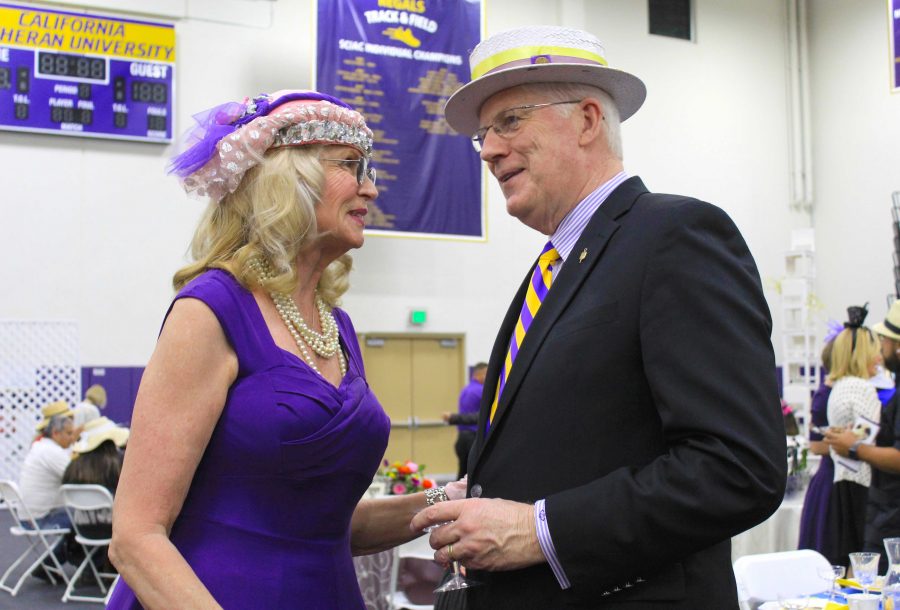 “We just wanted to make something that people could come and enjoy,” said Community Relations Coordinator Cindy Keitel, who has worked through the University Relations office with the CLA to host this event since its founding. “I think people enjoy both the beauty of the experience as well as the wonderful social environment.”

The afternoon took place in Gilbert Arena with live music from student Katherine Reaves and harpist Vonette Yanaginuma. Attendees were also invited to take place in a raffle and silent auction with different prizes such as gift baskets and coupons.

“I’m looking at it, and wow it’s so over the top, it’s unbelievable,” Lundring said. “When I started as a student we had just a few buildings, and even a few chicken coops. Now, the faculties and the events like this, it’s just amazing.”

Attendees were encouraged to wear a hat, and each table had a festive theme such as Christmas, Breakfast at Tiffany’s or under the sea. Awards were given in a variety of categories, such as Most Creative Table Setting and Most Elegant Hat.

This year’s Hats and High Tea set the record for having the highest attendance, as well as having the first ever all-male table with the theme ‘All the Kingsmen.’ After a reception, food and dessert were served and the musicians performed. Judges wandered around to look at all the different hats and pick their winners.

“Judging is fun, there’s a lot of thought that goes into it, and it’s an honor to be asked to be a part of the event,” said senior Jessica Maxey, who worked as a judge for tables the previous year and for hats this year. Maxey works as one of two student representatives on the CLA board.

The next CLA event will be the 17th annual golf tournament, hosted Thursday, June 15 at the Moorpark Country Club. For more information, visit the CLA page on the Cal Lutheran website.