Regals Win Two Games To Get Back On Track 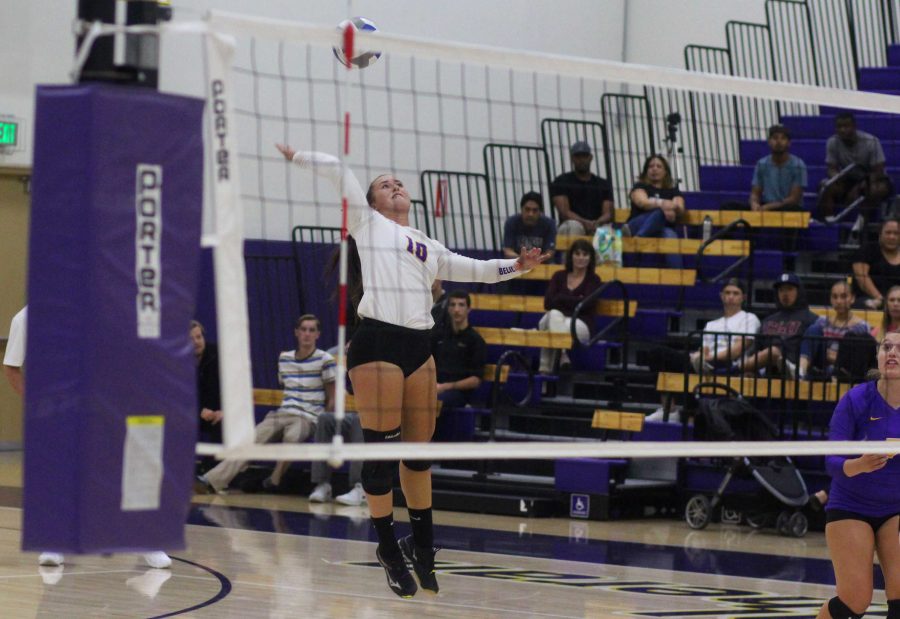 Carly Rose Howard racked up 11 digs against Occidental on Friday night. This sparked back-to-back wins for the Regals as they head into the heart of their conference schedule. Photo by Tracy Olson- Sports Information Director

There was no lack of energy within the Gilbert Sports and Fitness Center on Friday night as the Regals volleyball team of California Lutheran University were able to end their five-match losing streak with a win against the Occidental College Tigers.

“It means everything right now. I just refused to believe we didn’t have the talent to win and I decided to give a few of the young kids a shot tonight and we are really pleased with how they played. They played fearless,” Head Coach Kellee Roesel said.

Occidental were able to put the Regals on their back foot early in the first set as they grabbed the lead, but the Regals were able to battle back and tie it up at seven before going on to control the remainder of the set. Junior outside hitter Amanda Roberts was key to the win in the first set and the entirety of the game after completing a double-double with 11 kills and 11 digs.

“We did a really good job of focusing on ourselves…We had lost track of ourselves, so I think we stopped all of that and just tried to practice really hard and that allowed us to focus on all that we were doing,” Roberts said.

The second set saw much of the same as the Tigers took the first two points, but a determined Regals side was able to bounce back just as they did in the first behind the tough play of sophomore outside hitter Carly Rose Howard, junior setter Steph Rolson, and senior middle blocker Molly Holloway.

Holloway matched Roberts to lead the team with 11 kills in the match.

She reiterated what Roberts said of the team, “We actually played CLU volleyball. We say it all the time and it was actually performed out there.”

The Tigers stood no chance in the third set as the Regals were hungry to get back on the winning end and it was shown in their play. They held the advantage over the course of the whole set and weren’t looking back.

“It goes all the way back to their first years in volleyball. A team that usually can pass and serve well will win and I thought we did a good job of that,” Roesel said.

The Regals had little time to prepare for their next match against Whittier the following night, a “tougher opponent” according to Roesel. Whittier sits in fourth place with a 2-1 record in SCIAC play heading into the matchup.

“We need some more energy, some more fire. We are going to be playing more difficult five set matches and energy is extremely valuable” Roberts said.

The next day saw the Regals travel to Whittier to take on the Poets in their second SCIAC matchup in as many days.

The Regals were able to get the lead early by winning the first set by a score of 25-21, but Whittier would come storming back to win the next two sets 25-14 and 25-21. Putting themselves in position to win the game in set four.

The fourth set saw both teams battling back and forth, but ultimately saw the Regals come out with a 25-23 win, which meant it was going to come down to a fifth and final set.

The final set saw the energy that Roberts spoke about come out of the Regals as they dominated the Poets to win the final set 15-10 and the match 3-2.

Cal Lutheran were led by Roberts, who registered her second consecutive double-double with 12 kills and 20 digs.

Freshman libero Emma Cisneros-Luebke was vital to the Regals success as she led the team with 23 digs. Kills were led by Holloway, who had 16 to her name.

Kellee Roesel and her Regals volleyball team will take their two-game winning streak and look to extend it Friday, Sep. 29 as they host the University of Redlands in Gilbert Sports and Fitness Center at 7 p.m.