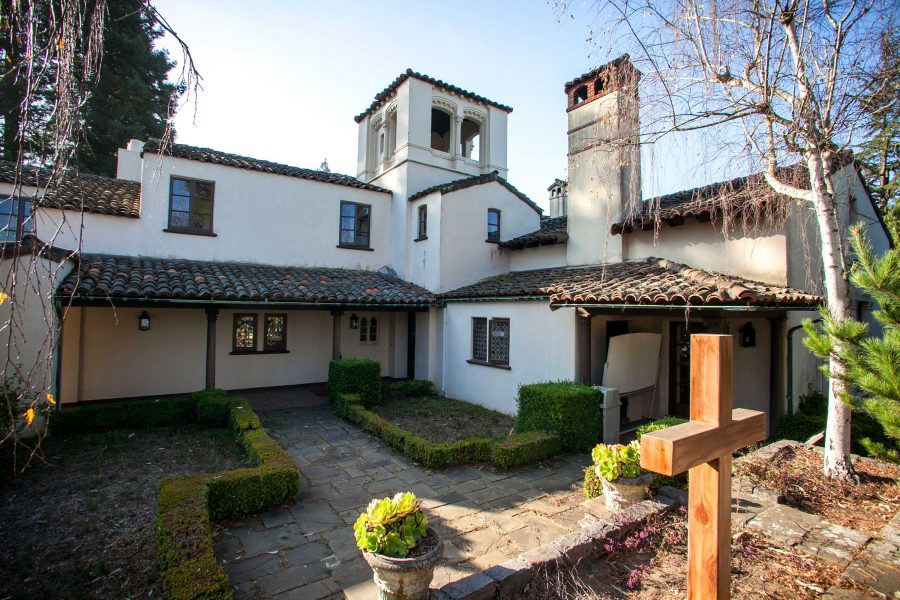 Moving into the heart of Berkeley: The seminary was formerly situated on a hill outside of the inner city of Berkeley, California. The campus was sold to Zaytuna College, a Muslim liberal arts college. Photo provided by Kim Jensen

The Pacific Lutheran Theological Seminary (PLTS), California Lutheran University’s Graduate School of Theology since January 2014, changed locations over the summer. The school moved off the hill by about a mile into the city of Berkeley, California, and sold the former 6.6 acres to neighboring religious institution Zaytuna College on Friday, Sept. 15.

The new site of PLTS is on the second floor of an office building on Center Street above Berkeley City College.

Melissa Maxwell-Doherty, Cal Lutheran’s vice president for mission and identity, works closely with PLTS and is also an alumnus of both PLTS and Cal Lutheran.

“You’re right there in the heart of the action in the city,” Maxwell-Doherty said.

Brian Stein-Webber is currently the director of development at PLTS, but during the seminary movement was interim chief administrative officer.

The seminary was shifting from the isolation of the hill to engage more with the community by moving into the center of the city, Stein-Webber said.

“You want to remove yourself from people, and yet in most faith traditions you’re called into the world,” Maxwell-Doherty said.

Ray Pickett, the rector at PLTS since June 1, 2017, said he was drawn to PLTS from Chicago by the “new curriculum that would be more engaged in context.”

Before the move, students had to take public transportation up the hill to get from class to class. Now the seminary is closer to the Graduate Theological Union and the residential apartments.

“I think this was both a necessary and an advantageous move for both our sustainability and our desired mission,” Stein-Webber said.

Stein-Webber said the cost of the old location was too much to maintain because “of general lower enrollment across seminaries in the United States.”

Cal Lutheran President Chris Kimball said in an email interview that the new seminary site has “a lease with annual rent that we can now offset with what the sale price earns.”

Kimball said that the old property did not take long to sell, and that it was never even officially put on the market.

The old site was built around two large estate homes given as a gift to the Lutheran church in the 1950s in order to open a seminary.

“It was a campus model that didn’t suit the smaller seminary,” Stein-Webber said.

Moving the site of the seminary has been a topic of discussion for decades, since before PLTS and Cal Lutheran’s partnership.

The transition between locations was difficult for some because it “signals the end of an era and the birth of a new,” Maxwell-Doherty said.

“You have a long history up on the hill and you have a lot of people who are connected to that history, who were resistant to that move,” Pickett said.

Maxwell-Doherty said that everyone is so close in the new building that to collaborate with a colleague all you have to do is “walk out your door.”

Pickett said that the buildings at the old location were “ornate and very spread out.”

A major difference between the two properties is that the new site does not have a separate chapel space, so they use the spacious common area in the building.

The common area is central and surrounded by faculty offices and three classrooms.

“PLTS is fully part of the University and so the decision and the transaction were entirely Cal Lutheran decisions,” Kimball said.

Kimball also said that the new location helps the ministry engage with the world around it.

“Two different spaces that are not, distance wise, very far apart, but they’re worlds apart in terms of what they look and feel like,” Pickett said.