Multitalented sophomore pursues all her interests 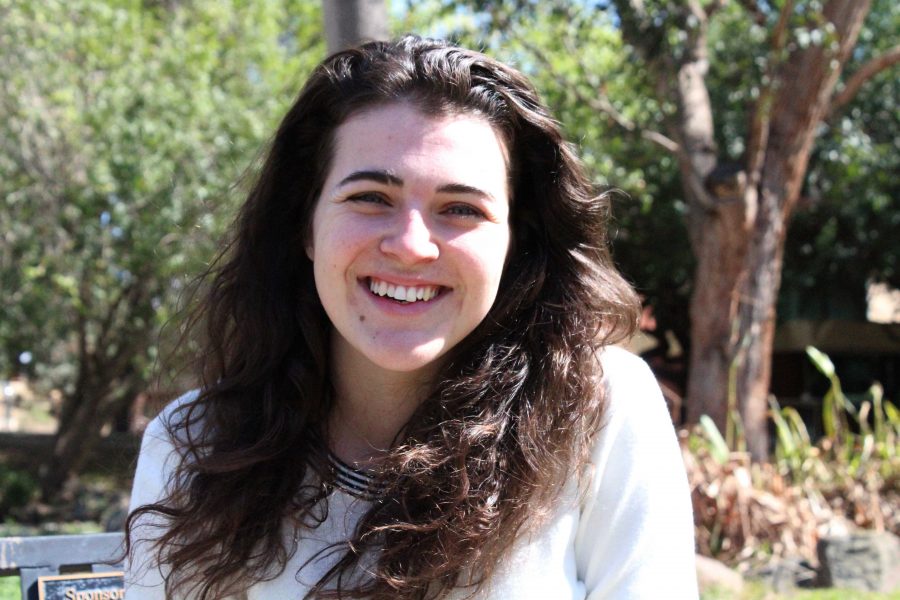 On persevering: Bridget De Maria was turned down for roles in childhood, but persevered and aspires to become an actress still. Photo by Saoud Albuainain- Photojournalist

Bridget De Maria is a sophomore and double major in communication and theatre who is involved in lots of different areas of campus.

She creates events on Programs Board, provides tours for incoming students as a presidential host, guides students as a peer advisor, is a theatre department assistant and performs on stage. De Maria has been in several plays, performs with the university’s improv team every other Thursday night and will be both working and performing in the Competing for the Crown event this year.

De Maria said that 10 years from now she wants to be an actress in New York. She believes that theatre is important because it allows people to walk in the shoes of another person for a while.

“I think theatre is so important, not just for me, but for everybody. Just the idea of thinking about things in different perspectives—that’s really what theatre is. It’s just looking at something from a different perspective, stopping your life for a little bit and dreaming while you’re awake,” De Maria said.

De Maria said that only through positivity and hard work has she been able to persist through struggles and accomplish her goals.

“I couldn’t do anything if I wasn’t positive; I wouldn’t be here. I wouldn’t be doing theatre if I didn’t have an optimistic outlook. I would’ve stopped when I was small and not getting parts,” De Maria said.

De Maria started performing at a young age. She said that watching her father perform inspired her to pursue her dreams as well. Her father, John De Maria, is a singer and songwriter. Even though he had a corporate job during her childhood, he said he made sure to keep music in his family’s life.

“When you discover something for yourself, it’s much more important to you. When she was little, we would play songs around the house. We always had music on,” John De Maria said. “Seeing me perform at church, I’m sure that was in there somewhere, but all along the way there was also a musical influence outside of me. Even her preschool teacher would put on a Christmas show and they would sing and dance, and she just loved it.”

Bridget De Maria’s father said that he knew about his daughter’s talent at a young age. He used to read nursery rhymes to her, and over time, she learned to recite them for herself.

“She was just learning to speak, less than two years old… we were at a dinner and I said, ‘Bridget let’s do Hickory Dickory Dock’, and Bridget was able to say it. Her nana’s eyes lit up with amazement and shock,” John De Maria said.

Senior Programs Board Director Samantha Schindler said that Bridget De Maria’s positivity is one of her strongest traits. One of the accomplishments that Schindler said that she admires is that of her giant book backdrop creation for last year’s spring formal pictures.

“She was into the idea of making a book as a backdrop for pictures. She tackled that project head on. If you went to spring formal last year, it was absolutely gorgeous… Even though some stuff went wrong, she pushed through and everyone loved it,” Schindler said.

Schindler said that there were times that she felt discouraged, but after talking to her fellow Programs Board member, she was ready to take on tasks. She said that it is Bridget De Maria’s positivity that encourages all those around her to work hard and have fun.

“She brings it all and helps other people. Even when the situation seems bleak, she still stays positive,” Schindler said.

Michael Arndt is one of Bridget De Maria’s theatre professors and has directed plays. Arndt said that De Maria is a talented and determined actress. In one play, a character was written as a male and was later switched to a female for De Maria. He also noted her hard work both in and out of the classroom.

“Just last week, the theatre students went to the American College Theatre Festival. Bridget took it upon herself to arrange travel arrangements for students, petitions for funds and organize that whole trip,” Arndt said.

Arndt said that through her positivity, capability and hard work, she has accomplished a lot more than other people her age.

“She became a department assistant this year as a sophomore, which is rather unusual. Usually our department assistants are juniors or seniors. She showed leadership her freshman year and as a result was noticed by not only her peers, but the faculty too,” Arndt said.