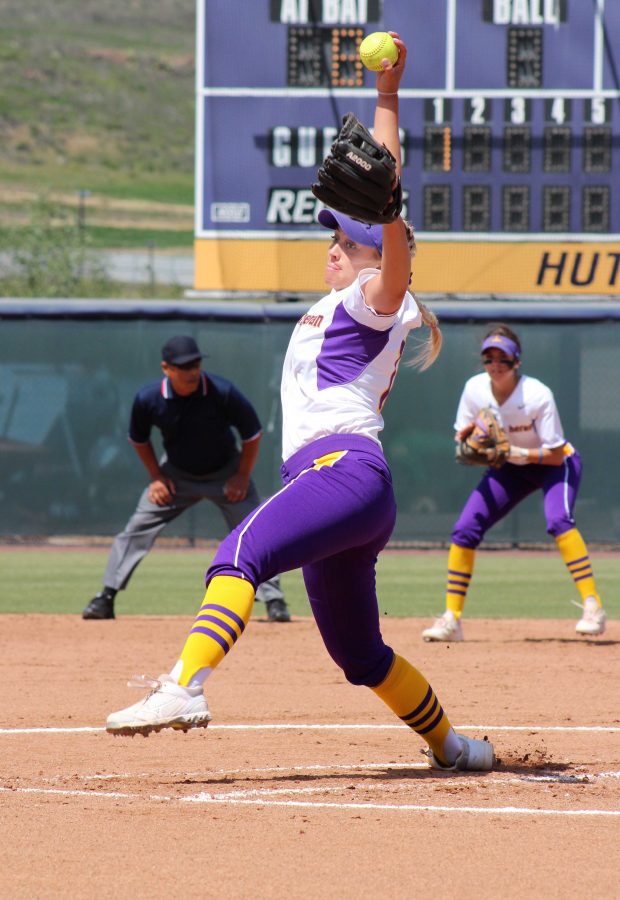 Up to this point in the season the California Lutheran University Women’s Softball has struggled, which continued in a double header loss to University of La Verne. The Regals dropped both games, the score was 3-2 in game one and 7-6 in extra innings in game two.

Although the Regals have struggled to score runs this season, the bats started to show life on a windy Friday afternoon at Hutton Field, where both sophomore designated hitter Kendall Marinesi and senior shortstop Antonia Rapisardi had three RBIs.

“We battled with them the entire time and never gave up until the final out was made. This showed us what we are capable of and gave us a whole new perspective on what we can do for the rest of the season,” Marinesi said.

With the double header loss on Friday, the Regals have now lost three one-run games in a row and have had a problem with one-run games this season losing seven of them.

“It’s definitely hard losing close games like that. I could sit here and beat myself down for missed opportunities that I could have been clutch in but there’s only so much I can do now. Just have to keep grinding away and finish out the rest of this season with a positive attitude,” Rapisardi said.

In game one, the Leopards jumped out to an early two-run lead but the Regals were able to add two of their own in the 3rd inning to help cut the deficit.

The defense led by senior centerfielder Jacy Watanabe was able to keep the score tied at 3 and helped sophomore pitcher Brittany Workman through her seven innings of work.

“Our pitcher, Brittany, pitched great to keep us in the game with La Verne. It was disappointing to lose but we didn’t let that affect our approach for the next game,” Watanabe said.

The second game the Regals were able to piece together more hits and get more runners on base and across home plate and took an early 2-0 lead in the first inning thanks to a single by Marinesi.

“We played our style of softball, and although it didn’t pay off, it is important that we didn’t change our approach to the game because we were pretty successful,” Marinesi said.

The Leopards came back to take a 5-2 lead in fourth, but the Regals didn’t back down and were able to tie the game at five in the bottom of the sixth inning with some great offense.

The game then went into extra innings were the Regals weren’t able to hold on. Cal Lutheran threatened in the final innings when they loaded the bases, but were unable to capitalize.

“Of course it’s not a great feeling to lose such a close game in extra innings, but I think today was a defining moment for this season. Although we did not leave the field with a win, we did leave knowing that every individual played an important role in showing our perseverance and ability to fight back,” Watanabe said.

Even with the hard loss the Regals look ready to improve and move forward onto the rest of season.

“It’s easy to lose the fun of softball and the love of the game when we don’t win and are put down by that. We just need to stay positive and keep having fun no matter the outcomes for the rest of season,” Rapisardi said.

Cal Lutheran will look to bounce back and get on the winning path for the remainder of the season. The Regals will play four more conference doubleheaders in the next two weeks to finish their season.